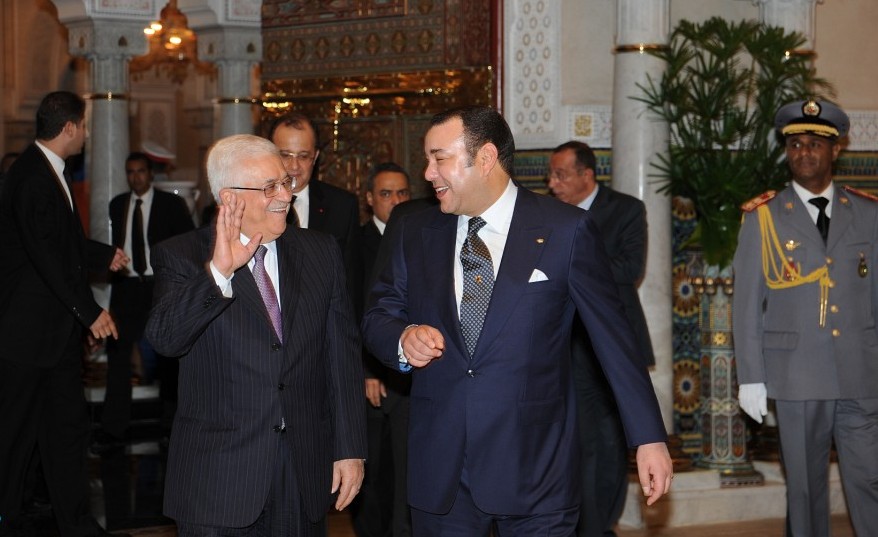 King Mohammed VI has been requested by the President of the Palestinian Authority, Mahmoud Abbas, to continue sponsoring Inter-Palestinian dialog.
Morocco hosted about two weeks ago a three day conference that brought together representatives of the various Palestinian factions, in an attempt to put the Palestinian national reconciliation process back on track.
In a phone talk with the King of Morocco on Wednesday, Mahmoud Abbas hailed the meeting convened in Morocco and expressed hope that King Mohammed would go on with sponsoring other Inter-Palestinian dialog meetings.
The Palestinian leader also expressed thanks to King Mohammed VI for his staunch, untiring backing to the Palestinian cause and the Palestinian people, while Morocco’s king renewed his country’s unwavering commitment to this cause, deemed by the whole Moroccan people as their own national cause. The king voiced as well his personal support to the Inter-Palestinian reconciliation process, being convinced that division and strife can by no means serve the Palestinians’ interests or the interests of peace.
The two leaders also brought up the upcoming meeting of the Al-Quds Committee scheduled to be held in Morocco in the coming weeks.
King Mohammed is the chairman of the Al-Quds (Jerusalem) Committee, an offshoot of the Organization of Islamic Cooperation (OIC), set up in 1975 to implement all OIC resolutions on the Arab-Israeli conflict in view of the fundamental connection between the issue of Jerusalem and the conflict, to denounce the atrocities committed by Israel in the City and to endeavour to preserve the identity of the holy city and the Arab-Islamic character of East Jerusalem that was annexed by Israel in 1967.
Morocco is also hosting and managing Bayt Mal al-Quds agency that has been created in 1998 as an affiliate of the Al-Quds Committee and that held its first meeting in 2000 under the chairmanship of the King of Morocco. The agency raises funds to extend assistance to the Palestinian population and Palestinian institutions in the holy capital. It also contributes to safeguarding and restoring the Al Aqsa Mosque and other holy sites in the city as well as the city’s cultural, religious, and architectural heritage.