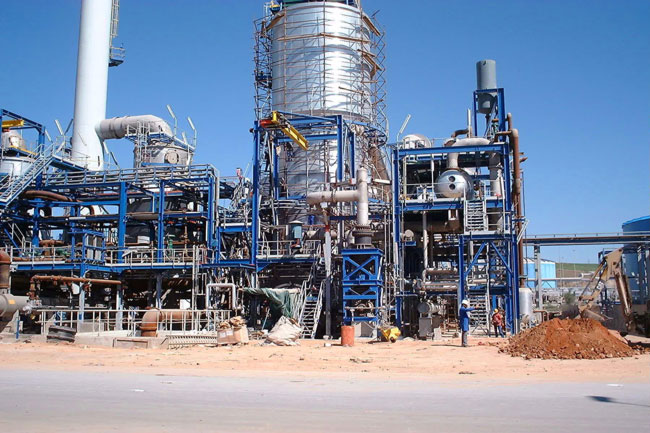 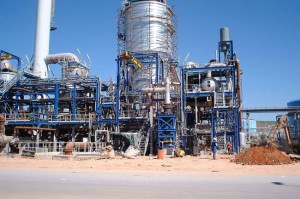 The OCP group and its Belgium-based partner Prayon signed last week an exclusive licensing agreement relating to Prayon’s water soluble mono-ammonium phosphate (MAP) fertilizer technology, globally recognized for the quality of its industrial processes in the water soluble fertilizer sector. OCP will exploit the technology in a water soluble MAP fertilizer production plant, which will have an annual production capacity of 100kT, OCP and Prayon said in a press release.
The plant, which is expected to start production in June 2015, will be constructed at OCP’s industrial platform in Jorf Lasfar, Morocco.
The signing of this agreement with Prayon is OCP’s first step into the precision fertilizers market. It is also consistent with key components of OCP’s commercial strategy to position itself in new and promising markets, and to develop products adapted to its customers’ needs.
OCP, a leader in the production of phosphate and its derivative products, will supply the phosphoric acid to be used in the plant which will also benefit from the technical and production synergies generated by virtue of its location at the Jorf Lasfar platform.
”This is an exciting announcement for OCP and a positive evidence as to our commitment to innovation and expansion and to the diversification of our product portfolio,” said Mhamed Ibnabdeljalil, OCP’s Executive Vice President for Sales, Marketing and Raw Materials Procurement.
“We believe that the market of high-value-added crops particularly adapted to micro-irrigation shows strong growth potential. The signing of this agreement gives us an opportunity to compete in that market,” he said.
Prayon’s CEO Yves Caprara on his part said, “We are very proud to have our Moroccan partner beneficiate from our tailor made technology.”
“We have more than a forty year long experience in the water soluble MAP production. The development of horticulture is part of our priorities. This agreement with our partner consolidates our long term objectives in this growing field and convinces us to pursue in the development of high level technologies,” he said.
In 2011, the OCP group, whose activities cover the entire phosphate value chain, from phosphate rock mining to chemical processing of phosphoric acid and fertilizers and which is the world’s largest exporter of phosphates and derivatives, posted a MAD 56.3 billion turn over and a MAD 22 billion operating profit and earned a net profit worth MAD 16.3 billion.
During the same year, the total phosphates production amounted to 28 million tons, while phosphoric acid production reached 4.4 million tons. The volume of fertilizers produced in 2011 totaled 4.3 million tons. With a commercial portfolio of over 130 customers and a presence on all five continents, the group holds about 30 percent of the Moroccan export market share.
The group directly employs more than 20,000 people and contributes, through its mining and industrial plants as well as through its programs and projects, to the development of different regions of Morocco.
The Prayon Group is a world leader in phosphate chemistry. It is equally owned by OCP and the Regional Investment Company of Wallonia (SRIW). Prayon operates production sites in Belgium, France and the United States and has extended its sales and services network throughout the world.
CATEGORIES FeaturesHeadlinesMorocco
Share This

North Africa Post's news desk is composed of journalists and editors, who are constantly working to provide new and accurate stories to NAP readers.
NEWER POSTManaging Russian Challenge to the Euro-Atlantic Space
OLDER POSTU.S. Mulls Setting Up Spy Drone Base in Northwest Africa