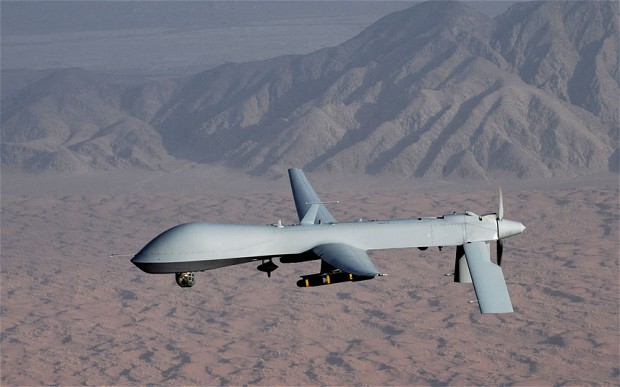 U.S. Mulls Setting Up Spy Drone Base in Northwest Africa 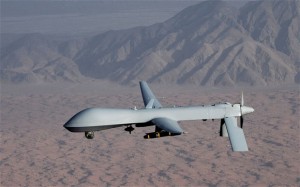 The Pentagon is planning a drone base in northwest Africa to counter the growing terror threat posed by the Islamist extremists linked to Al Qaeda, says the New York Times on its web site.
The base will be most probably established in Niger or Burkina Faso, sharing borders with Mali where French and Malian troops are fighting al Qaeda militants who control the northern part of the impoverished African nation, adds the U.S. newspaper, stressing that the move shows the importance of Africa in the global war against terrorism.
The United States military has a limited presence in the continent with only one permanent base installed in Djibouti. Establishing a new spy drone base in northwest Africa would enable the Pentagon to expand the scope of its operations and surveillance of Al Qaeda Jihadists in northern Mali. It is also expected to boost the United States military capabilities in the Sahara.
According to some press reports, the U.S. military has set up small airstrips in recent years in various sub-Saharan countries, flying small turboprop surveillance planes over this African region, but the PC-12 aircraft  are limited in range, lack sophisticated reconnaissance equipment and can be easily downed by militants with a shoulder-fired missile. Thus, deploying unmanned drones (Predators) would eliminate the risk of crew capture in the event of a shoot-down or accident.
The U.S. drone base plan comes after France launched a military campaign in Northern Mali against Islamist terrorists and the bloody hostage crisis in Algeria where at least 37 foreign workers including three Americans were killed. The foreign nationals, belonging to several European and Asian countries, were captured by a group of al Qaeda militants in a remote gas field in the Algerian desert. Most of the Kidnappers and captives were killed in the operation launched by the Algerian Special Forces to release the hostages and retake the gas field compound.