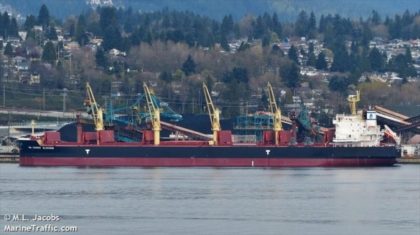 The Algeria-backed Polisario separatists have once again failed to practice their “political piracy” as they did in South Africa last May.

Last week, it was in Latin America, precisely in Uruguay, that the Polisario attempted to incite a Uruguayan court to order the seizure of a 300-ton shipment of Moroccan phosphate. But, although Uruguay backs the Polisario’s separatist thesis, it turned down the request to seize the shipment as Panama rejected a similar demand early June.

The Panama Maritime Court had then rejected the Polisario’s request to seize the “Ultra Innovation” ship that had left the Moroccan port of Laayoune with a shipment of phosphate from the Phosboucraa deposits in the Sahara.

The Panamanian court ruled that the separatists’ request was unfounded and that a Panamanian national court is not competent to rule on a matter of international politics.

The decisions of both Panama and Uruguay render justice to Morocco, which acts in strict compliance with international law. Meanwhile, the decisions embarrass South Africa, which had seized Cherry Blossom, a ship carrying a 55,000 ton-cargo of Moroccan phosphate destined to New Zealand, and show that Pretoria’s move was dictated by political considerations, underpinned by its unconditional support for the separatists.

Morocco’s phosphates company, OCP, had denounced the South African decision as a “political piracy” and a hostile act revealing the striking partiality of Pretoria’s justice system.

The OCP and its Sahara subsidiary, Phosboucraa, had decried in the strongest terms the biased decision of the South African justice in maintaining the ship held in Port Elizabeth. The OCP argued that the South African judiciary has no legitimacy to rule on the core of the case and that it made “an eminently political decision” and “committed a gross abuse of power”.

Panama and Uruguay did not fall in the Polisario’s trap and spared their justice a blunder.