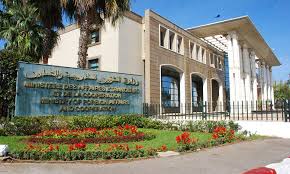 Morocco has strongly condemned the recent provocative actions carried out by the Polisario in the locality of Tifariti, to the east of the Moroccan defense berm, reiterating its unwavering determination to defend its territorial integrity and its national unity throughout the country.

“The Kingdom of Morocco considers this provocation a new and serious violation of the ceasefire and a blatant challenge to the authority of the Security Council,” said the Foreign Ministry in a statement issued in the early hours of Sunday.

The Security Council had called, in a resolution adopted in April, on the Polisario to withdraw immediately from the buffer zone and warned that Polisario’s military incursions are “a violation of the ceasefire agreement and a serious threat to the political process which UN Secretary General’s Personal Envoy Horst Kohler is trying to launch.”

Ignoring the Security Council warning and in blatant violation of UN agreements the Algeria-backed Polisario separatists announced the organization this May 20 of military parades and drills in the locality of Tifarity.

“Morocco, which has officially alerted the President and the members of the Security Council, the Secretary-General of the United Nations and MINURSO, has asked them to assume their responsibilities and to take the necessary measures against these unacceptable actions,” the statement said.

Actually, the UN Secretary-General, António Guterres, made it clear Saturday that no action should be taken that “may constitute a change to the status quo” on the ground.

“The Secretary-General is closely following the developments in the Sahara. In accordance with Security Council Resolution 2414 adopted on 27 April 2018, and in order to maintain an environment conducive to the resumption of dialogue under the auspices of his Personal Envoy Horst Köhler, the Secretary-General calls for maximum restraint,” a statement issued the UN Chief’s Spokesman Stéphane Dujarric, said.

António Guterres insists that “No action should be taken, which may constitute a change to the status quo,” Dujarric pointed out.

In this connection, the statement by the Moroccan Foreign Ministry underscored that “at a time when the Security Council calls for the relaunch of the political process with a view to reaching a realistic, pragmatic and sustainable solution to the regional dispute over the Moroccan Sahara, these acts of provocation by the other parties seriously undermine the efforts of the United Nations”. The statement added that Morocco asks the United Nations, and more particularly MINURSO, to fulfill its mandate in the face of the repeated violations of the ceasefire.

Morocco regrets that this escalation unfolds with the blessing and complicity of a neighboring country. This neighboring country, Algeria, is member of the Arab Maghreb Union (AMU), but it violates the union’s charter, by closing its borders with Morocco and by sheltering on its soil an armed movement, that threatens the territorial integrity of another AMU member.

Algeria, instead of respecting the values of neighborliness and the imperatives of regional stability, continues to encourage the Polisario mercenaries in their destabilizing action, in violation of international legality.

Actually, the international community is increasingly aware of Algeria’s responsibility in perpetuating the Sahara conflict and as the conflict drags, the thousands of Sahrawis held forcibly in the Polisario-run Tindouf camps continue to live in appalling conditions.

By the way, Morocco has officially requested the UN authorities concerned to launch an international inquiry to shed light on the situation in these camps.