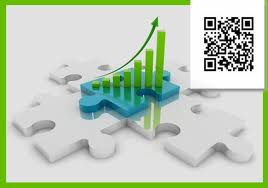 A quarterly report on Libya has been announced by Research and Markets with oil and gas production will be experiencing a strong recovery with the political stability yet to be assured. According to the report, the current levels of oil and gas production will surpass the pre-war levels under the Ghadaffi regime in the long term as the country continues to live under a transitional period in its strive towards the a democratic system of government.
The investment rush towards Libya is considered by the report to play a major role and the offshore Basin of Sirte is one of the major site attractions but the rise of regional tensions in neighboring countries can hamper Libya’s fragile stability and destabilize upstream growth.
The report highlight that oil production can reach 1.77 million barrels per day in 2016 and 1.85 million in 2021. However with closure of refining companies due to demonstrations becoming frequent, it might become difficult for the country to attain such figures. Gas output is forecasted to increase from an estimate of 12bcm to 18bcm.
Foreign suitors are likely to be attracted by Libya’s vast oil and gas reserves, which stood at an estimated at 46.4bn barrels (bbl) and 1.56trn cubic metres (tcm) respectively in 2011.
Before the uprising in Libya, BMI’s downstream projects database stated that the refining capacity of the country is 378,000barrels per day. Output has been well below this level in 2012 because the country’s 220,000b/d Ras Lanuf facility remained shut-in until late August 2012. Forecasts point to a gradual restoration of refinery utilization, with 2013 set for a return to pre-war levels.
The report took into account 19 oil and gas companies active in Libya amongst which are state-owned, national and international companies.