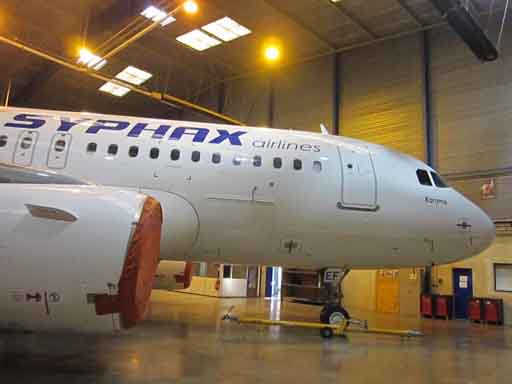 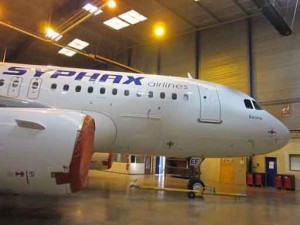 Syphax Airlines has decided to tap the aviation market with millions to increase its fleet and their performance. In a recent deal with General Electric Aviation, the company has decided to select CFM International’s LEAP-1A and CFM56-5B engines to power three Airbus A320neo and three Airbus A319/A320ceo aircraft, respectively. The total amount for the order is $145 million.
Delivery is forecasted in two years time for the first A320ceo, while the new A320neo aircraft are projected to be delivered in 2019. LEAP engines are a product of CFM International — a 50/50 joint company between Snecma and General Electric’s GE Aviation unit.
In another deal worth around $600 million with Airbus, the company ordered 10 airbuses A320 to add to its current fleet in order to begin flights to Asia and the United States. Delivery will also begin in 2015 with two airbuses and end in 2020 according to CEO Mohamed Frikha of Syphax. The agreement was signed on the sidelines of the first meeting of the Tunisia-EU economic consultative council, which took place in a Tunis suburb.
Syphax Airlines is based in Tunisia and is the first Tunisian private “hybrid” airline. It started operations barely two years ago, in 2011 to be precise, and one of its objectives at present is to expand into other countries in the region by providing essential access from its two main hubs located at Thyna airport and Carthage in Sfax and Tunis respectively.
The airline serves destinations in the Mediterranean basin such as France, Germany, Libya and Turkey, in addition to domestic routes. The company has not hidden its intention to penetrate regional markets and its continuous investments are a testimony to its ambitions.