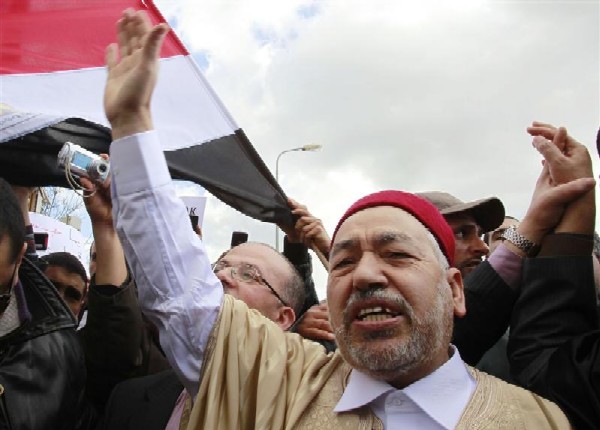 Tunisia: Ennahda Makes a U-Turn Ahead of Bankruptcy 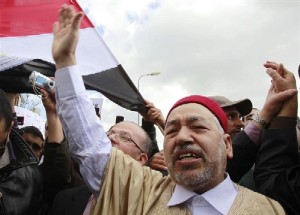 A few days after Chairman Rached Ghannouchi of Ennahda ruled out any possibility of succumbing to the pressure of the opposition, the party has announced through Fethi Ayadi, chairman of its supreme council that it will be making a U-turn for the establishment of “a government of national unity.” The opposition has not reacted to the invitation but Ennahda said parties could meet before the end of the week and remains “open to other constructive proposals.”
According to Ayadi, the decision was made by the party after “political discussions” at a private meeting held in Paris between Ghannouchi, Beji Caid Essebsi, a former prime minister, and the head of the main opposition Nida Touns party on Friday. He said the government is hoping for a consensus on resolving the country’s crisis.
The coalition of opposition baptized the Salvation Front wants the government to step down for a technocratic government to takeover. The powerful UGTT trade union federation and other interest groups are also in support of the idea. Ayadi didn’t rule out the formation of a technocratic government but insisted “an immediate dialogue that brings together all parties of the opposition and the governing coalition, without any conditions.”
The coalition led government is still absorbing the pressure from the opposition. None of the two smaller secular parties are yet to desert Ennahda. The government will be holding a meeting with the UGTT on Monday.
Tunisians were able to oust President Ben Ali in 2011 but political and economic institutions still remain weakened by the effects of the political crisis that the country is experiencing. The American rating agency Standard & Poor’s in its latest ratings downgraded Tunisia from B to BB- leaving it two grades ahead from bankruptcy.