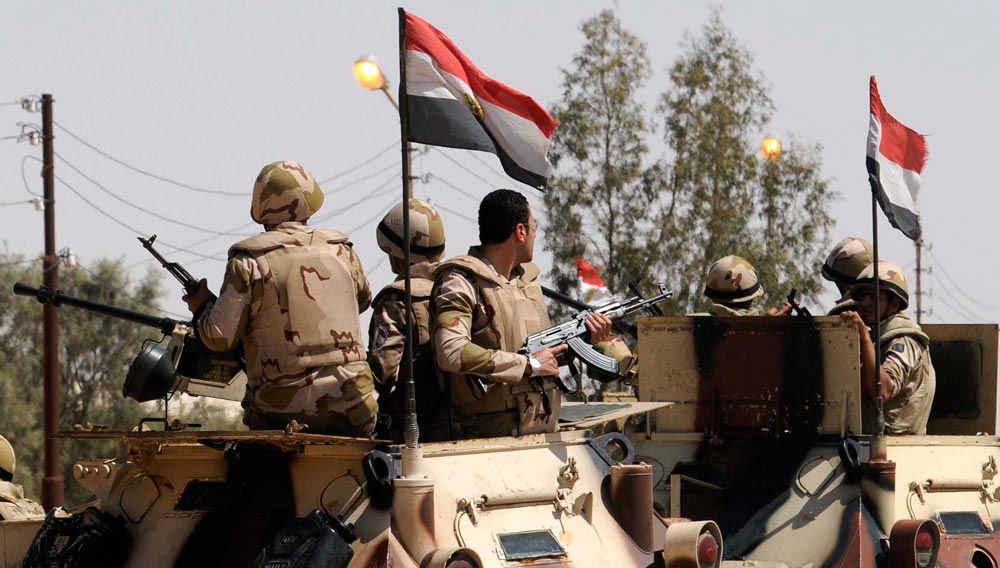 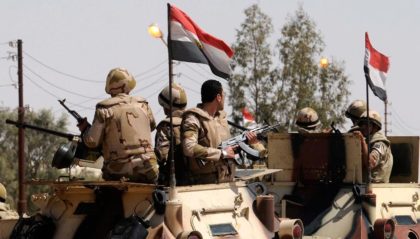 An army colonel died Thursday in a roadside bomb attack in the restive Sinai province, reports say.
The attack took place outside the city of Bir al-Abd and targeted an armored patrol vehicle in which the military commander was, The New Arab reports citing security and hospital officials.
The attack killed five other soldiers also part of the patrol.
The bomb according to the sources was planted by terrorist fighters who have engaged insurgency against state forces in the peninsular. Attacks have gained steam since 2013 following the overthrow of elected President Mohamed Morsi by current ruler Abdel Fattah al-Sisi.
The colonel who has not been named is commander of the Bir al-Abd; the scene of Egypt’s deadliest terror attack which caused death of over 300 people.
Masked gunmen allegedly to be members of the Islamic state group (IS) mowed down worshipers at one of local mosque during November 24 Friday prayer.
President al-Sisi has vowed to bring down the insurgency. He has allowed the army to use brute force and to achieve the mission in three month.
In a separate report, rights groups have condemned the execution early this week of 15 men in province over alleged links to attacks against security and armed forces.
The groups in statement on Tuesday said authorities breached the legal procedures. They also noted that they were deprived of visits by the relatives as required by the law.
The groups also denounced torture practices committed on one the executed.
The men were hanged in two different prisons. It was largest number of execution in a single day in the history of the North African country.