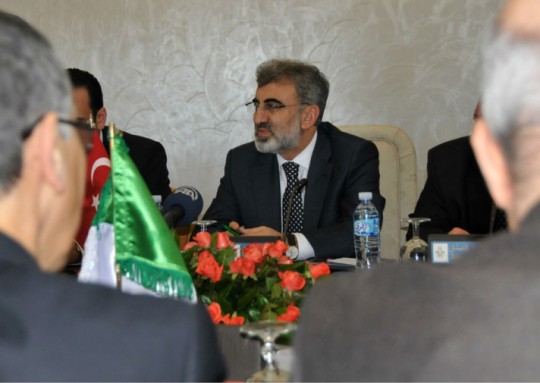 Turkey gets Algerian gas until 2024 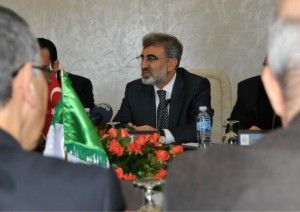 Turkey’s Energy and Natural Resources Minister Taner Yildiz accompanied with a delegation is on a working visit to Algeria and was welcomed by Prime Minister Abdelmakek Sellal on his arrival. Issues discussed between the two counterparts ranged from economic cooperation and commercial ties. On the agenda of the Turkish minister also includes ways of opening Algerian doors to the Turkish Petroleum Corporation (TPAO) so that they could join tenders with Sonatrach, Algeria’s state-run energy group.
However, the minister has been able to conclude a 10 year gas deal with Algeria for gas export, therefore prolonging gas exports from Algeria to Turkey to 2024 while the annual supply of 4 billion cubic meters of gas remains unchanged. Turkey has been expressing interest in Algeria’s gas and the announcement of the conclusion of the extension deal came shortly after a meeting was held with Algeria’s Energy and Mines Minister, Youcef Yousfi.
The renewal agreement was signed between the state oil firms of both countries, Turkish Petroleum Corporation (TPAO) and Sonatrach, while delivery will be done with liquefied natural gas tankers.
The deal comes as Turkey, which imports over 95 percent of its natural gas from abroad, looks to diversify away from its traditional gas and oil partners, Iran and Russia.
Turkey is also considering to build a liquefied natural gas terminal with an annual capacity between 5-6 million cubic meters somewhere in the Aegean in partnership with a Qatari firm in order to cope with the growing volume of energy shipments from elsewhere in the Mediterranean and reports have claimed that the gulf of Saros, in Turkish Thrace is considered as an ideal location.
Minister Taner Yildiz will continue his tour to Libya and Qatar after Algeria.