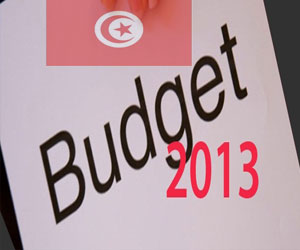 Tunisia’s budget for the year 2013 has been approved finally. This year’s approved budget has surpassed the estimates as it stood at $17.1 billion which is 4.9 percent higher than the previous supplementary budget for the year 2012 according to reports.
Reports cited that the interim Prime Minister Hamadi Jebali has confirmed that the budget has been approved before dwelling on the reasons behind the increase of the budget and government plans. The prime minster said that the increase noticed in the budget is aimed at boosting the country’s capacity particularly in regional development.
The country’s prosperous growth suffered a heavy blow after the ousting of the president Ben Ali due to an uprising but economic hardships and social demands are yet to be remedied despite government efforts.
The prime minister added that the budget will also be focusing on the reduction of regional disparities and engage in the fight against unemployment through the creation of new job positions and stimulus programs for the consolidation of employment and vocational training. Unemployment has been a major problem in the country and the immolation of a street vendor in protest of the confiscation of his wares and the harassment and humiliation that he reported was inflicted on him by a municipal official and her aides led to a revolution which swept the Middle East and North Africa.
The budget has increased government expenditures by 12.6 percent from last year making it stand at $955.64 million with subsidy expenditures excluded. The figure stood at $848.54 million last year. The prime minister concluded that government is hoping to reduce the budget deficit to at least 5.9 percent of gross domestic product and restrict public debt to only 46.8 percent of the gross domestic product.