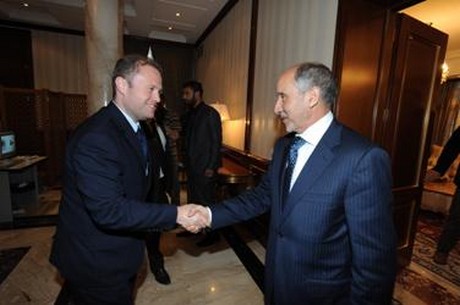 Libya and Malta towards a mutual understanding 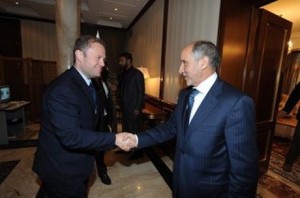 Malta’s newly elected Prime Minister, Joseph Muscat, has renewed his ambition to establish a new partnership with Libya geared towards developing together “as equals” rather than being financially oriented. Prime Minister Muscat said Libyans need “genuine friends” as partners in development “with an open mind.”
He lamented the cooperation environment between the countries lying on opposite sides of the Mediterranean. He said it’s much more of a blame game which can be summarized into “it is not ‘We Europeans, you North Africans!” He called for an end to such approaches and proposed a “We Mediterraneans’” approach wherein they can work as equals to develop their countries.
Malta is ready to offer institutional capacity-building to Libya, believing it is the one of the government main challenges. They are also willing to train Libyans in sectors such as education, healthcare, and in oil extraction and energy related activities.
Muscat also believes they can be a gateway for financial support from the European Union.  The prime minister said that they can help Libya get access to EU funds through “real projects that have an enduring effect on society” so that the country can “achieve success.” Libya uses Malta as an entry point into the European market but the new Maltese Prime Minister wants Libyans to begin investing in the country. He said that Malta is a “great place for investment” for them that “they can basically trust.” “We’re honest interlocutors with the Libyans,” he said.
To enrich their bilateral relations, Prime Minister Muscat minimized the existing territorial maritime dispute between the countries over the Medina Bank. He said “it’s an issue but not the issue” which can be worked out through “common sense” with the arrival of a new government.

North Africa Post's news desk is composed of journalists and editors, who are constantly working to provide new and accurate stories to NAP readers.
NEWER POSTRise of the ‘Renmimbi’ to the International Stage: A Win-Win Game for the Emerging Multi-Polar Global Economy
OLDER POSTJihadist Recruiters Arrested in Tunisia