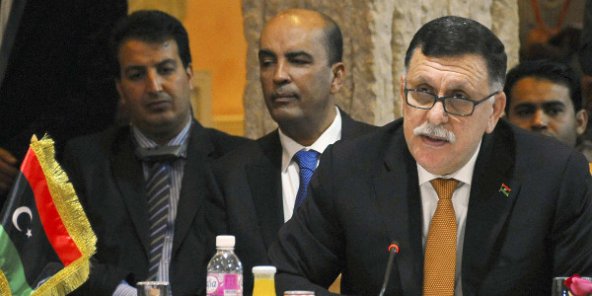 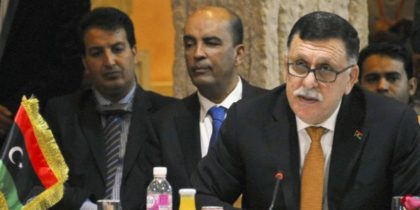 The Libyan UN-backed unity government is steadily asserting itself as the sole central administration of the war-torn country as it announced Monday it took control of the foreign ministry in Tripoli once in the hands of rival and staunch opposed Islamist administration.

The takeover of the foreign ministry adds up to six other ministries already in the hands of the unity government hashed out in December after lengthy and arduous talks held in Morocco under the aegis of the UN.

The new Libyan authority is expected to take over other ministries in the near future heralding thus the seating of its authority in the Libyan capital that was one month ago still controlled by the self-imposed Salvation Government.

The cabinet Ministers will begin working as soon as they take oath even though they are still unvested by the country’s Tobruk-based legislature which needs to endorse the proposed cabinet before it takes office.

Lawmakers in the Tobruk-based House of Representatives (HoR) failed on Monday April 18 for the sixth time to vote on the UN-backed unity government after a handful of anti-unity government members of the House managed to head off the meeting even though a majority of members were in favor of nominal Prime Minister Faiez Serraj’s GNA.

The following Thursday, 102 MPs signed a declaration backing the GNA and expressing their desire to meet in a different location free of intimidation and threats to conduct the vote.

In a separate report, Italian Prime Minister, Matteo Renzi on Monday told media that the US is ready to support the NATO-backed Italian naval operation meant to cut off migrant routes to Europe from Libyan coasts.

“Barack Obama said he was willing to commit NATO assets to block the traffic in human beings and the people smugglers that we refer to as modern slavers,” he said after meeting with US President in the German city of Hanover Monday.

Italy which has been main destination of migrants setting off from the Libyan coast has launched with support of the NATO a naval operation aiming at stemming the waves of boasts washing its coasts. Italian authorities are looking to expand the plan to Libyan borders.

The re-structured plan aiming at stopping people using Libya as a launch pad for reaching Europe, will include flying migrants with no claim to asylum back to their home countries, which will be paid to set up reception centers to reintegrate them, the New Arab says.

Germany has also reportedly stood by the plan but wants the operation to be led by the EU and not by the NATO.

British Foreign Secretary Phillip Hammond said on Sunday in an interview with the Telegraph that all options are on the table for a military intervention in Libya to defeat IS which he said can send militants across the Mediterranean to mount attacks in Europe and the UK.