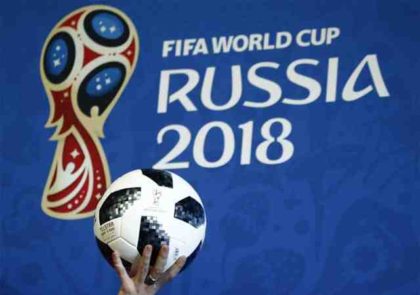 Morocco has been pitched in a difficult Group B with the last two European champions Spain and Portugal in addition to Iran during the World Cup 2018 draw in Moscow.

“We have to face these two ogres (Spain and Portugal) and do everything to qualify for the last 16, even if it seems very difficult,” Morocco’s coach Hervé Renard said.

Morocco made its way through the qualifications for the World Cup without conceding a single goal. The return of the Atlas Lions to the World stages comes after twenty years of absence following a heartbreaking elimination from the group stage at France ’98.

Morocco’s team has built its game on solid defense and hard work. The experience of Karim El Ahmadi, M’barek Boussoufa and Juventus’s Mehdi Benatia fits well with the intelligence of Hakim Ziyech and the strength of Nordin Amrabat.

Morocco will play Iran on June 15. On the same day, Spain, which eliminated Portugal in the last 16 on the way to winning its first World Cup in 2010, will open against the European champions in Sochi.