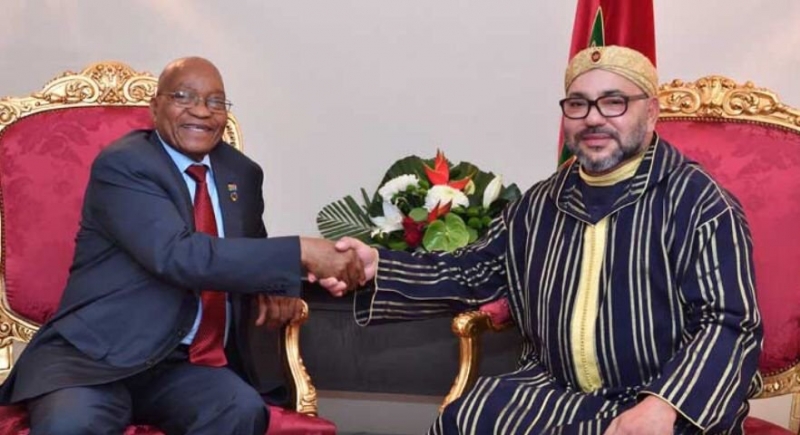 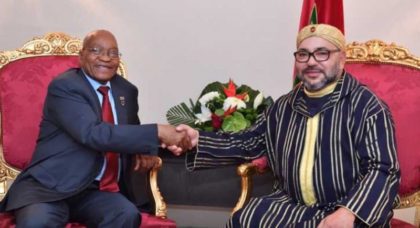 An “ice break meeting,” thus South African paper, the Daily Maverick, described the talks between King Mohammed VI and President Jacob Zuma on the sidelines of the 5th AU-EU Summit in Abidjan.

The paper recalls that the two heavy weights of Africa have given each other the cold shoulder against the backdrop of Pretoria’s stand regarding Morocco’s sovereignty over the Sahara.

In this context, the meeting between King Mohammed VI and President Zuma paves the way for a rapprochement between the two countries who agreed to upgrade their diplomatic ties to the high ambassadorial level.

South African officials, quoted by the paper, said that the talks between the Sovereign and president Zuma “went well,” and that the two countries will soon begin discussions to raise the level of their diplomatic representation in Rabat and Pretoria at ambassadorial level.

The Moroccan news agency wrote that the talks between the two leaders were “warm, candid and open,” and that they “agreed to work together for a promising future”.

The two parties also agreed to maintain direct contact and to launch a fruitful economic and political partnership in order to build strong, lasting and stable relations and to go beyond the acrimonious ties that had characterized their relations for decades.