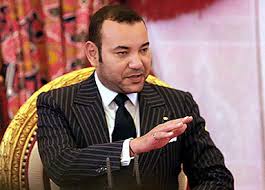 King Mohammed VI of Morocco canceled his visit to Monrovia where he was supposed to attend the 51st summit of the Economic Community of West African States (ECOWAS), which will examine Morocco’s bid to join the West African grouping.

The decision was made against the backdrop of the controversy surrounding the presence of Israeli Prime Minister Benjamin Netanyahu who was invited by Monrovia to attend the summit.
This prompted several countries to reduce to the minimum level their participating delegations in a sign of disagreement with Liberia over inviting the Israeli official,  Morocco’s foreign ministry explained in a statement.

“His Majesty the King, hopes that his first participation at an ECOWAS summit does not take place in a context of tension and controversy and makes sure to avoid amalgams and confusions,” the statement added.

The King had planned to hold talks with President of Liberia and other participating Heads of State. He was also supposed to deliver a speech during the summit.

However, despite the cancelation of the King’s visit, a Moroccan delegation led by Foreign Minister Nasser Bourita will attend the summit to follow up Morocco’s bid to join the ECOWAS.

Last February, upon directives from King Mohammed VI, Morocco officially requested membership in the ECOWAS, a sub-regional grouping that has been steadily forging ahead on the path of regional economic integration.