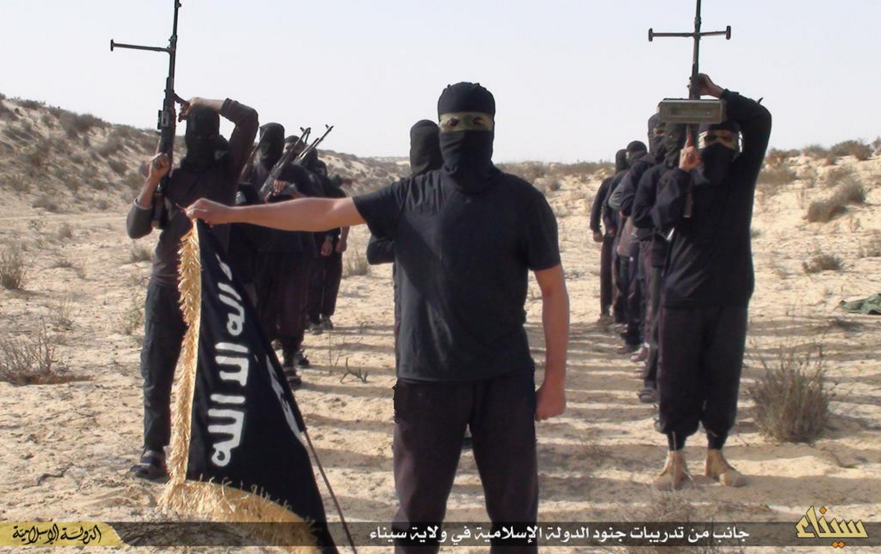 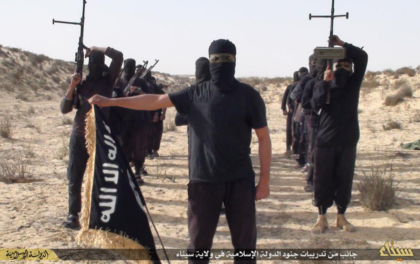 The Egyptian army Thursday indicated that strikes conducted by military aircrafts in the Sinai have killed several militants of the Islamic State group (IS) including three prominent members of the terror group which has been inflicting losses to the army.
A total of 19 militants of the terror group were killed in the airstrikes. Three among them were respectively the organisation’s head of its Sharia law committee, official in charge of interrogations and another top official. Their names have not been released.
The airstrikes occurred a day after the group claimed an attack on a police check point in South Sinai, near the St. Catherine’s Monastery. The attack claimed the life of one policeman killed by gunmen.
Egypt is beefing up security ahead of Pope Francis’s late April visit as country still morns the death of 45 Coptic Christians killed two weeks ago in two separate subside bomb attacks.
Country’s President al-Sisi has declared a three-month state of emergency and has vowed to hunt down the attacks’ masterminds.
Early this month the army also announced the death of a senior member of the terrorist group reportedly killed in March, in army airstrikes.
The army identified the IS official as Salem Salmy al-Hamadeen, Aka Abu Anas al-Ansari, said to be one of the founders of the group.
IS appeared in Egypt in 2014 after local militant group, Ansar Bayt al-Maqdis pledged allegiance to global terrorist group and dubbed itself “Wilayat Sinai.”
The then Ansar Bayt al-Maqdis militant group stepped up attacks against the Egyptian army and security forces in 2013 after incumbent president al-Sisi toppled first democratically elected president Mohamed Morsi.
Attacks have caused death of more than 500 Egyptian forces according to state figures. Thousands of Jihadists have been also killed.

North Africa Post's news desk is composed of journalists and editors, who are constantly working to provide new and accurate stories to NAP readers.
NEWER POSTTerrorism: IS Claims Attack on Champs-Élysées in Paris
OLDER POSTMauritania: Projects in Mining and Energy get over $100 million in Loans