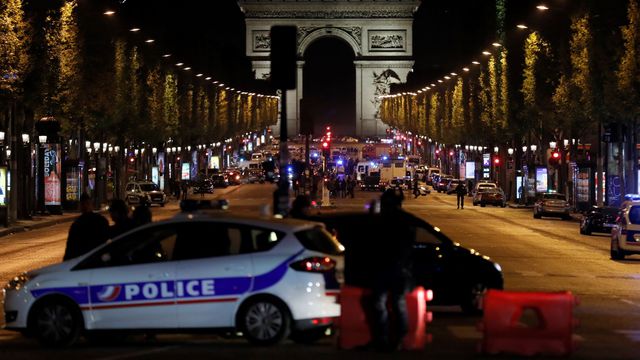 Terrorism: IS Claims Attack on Champs-Élysées in Paris 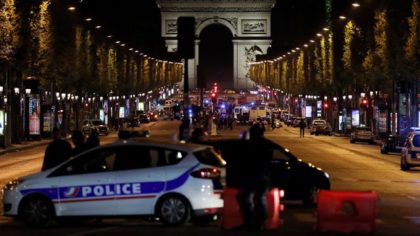 Global terror group; the Islamic State group (IS) has claimed responsibility for the deadly terror attack on police on France’s popular Champs-Élysées avenue.
A gunman reportedly aged 39 jumped out of his car near a police bus Thursday evening on the crowed avenue and started shooting at the security forces with an automatic weapon, French security authorities said.
The man first targeted a policeman who died and fired at other officers as he tried to run away, authorities add. Two other security forces have been wounded.
Security forces managed to shot him dead.
Papers recovered from the car have enabled to establish the identity of man but authorities say they will not release his name because investigations are still under way to know whether the man acted alone or had accomplices.
First indications point out that man lives in the suburbs of French capital and is known to police.
The attacker served several years in prison for firing on police officers with a gun in the early 2000s, reports say. The 39-year old is also believed to be a potential Islamist radical.
Meanwhile IS has circulated is a statement indicating that its militant identified as Abu-Yusuf al-Baljiki carried out the attack.
The attack took place three days before the Sunday Presidential election which has been placed under tight security measures. Elections candidates, 11 in number, showed up in the last TV pitch on Thursday.
Far-right candidate, Marine Le Pen who is surfing high in the polls expressed her solidarity with the security forces.
“I feel for and stand by our security forces, who have been targeted again,” she tweeted.
One of her tough contenders, François Fillon from the Centre-right also took to twitter to stand with the security forces.
Emmanuel Macron, an independent candidate, a centrist, noted that security of the people will be his duty if elected President.
Early this week, two alleged jihadists were nabbed in the southern city of Marseille. The pair is believed be plotting imminent attacks on the French soil. Security forces also discovered explosives and a flag of IS in their flat.
The alleged terrorists were radicalised in prison and have links with militants of the terror group, authorities pointed out.