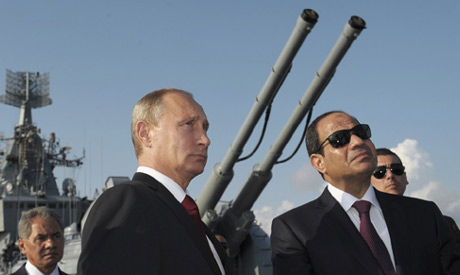 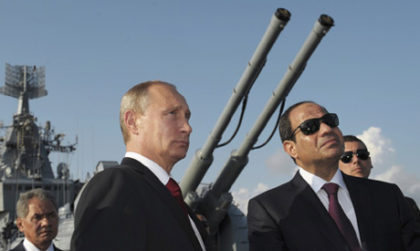 As issues relating to Russian influence in the EU, US and the Middle East are in the limelight, Russia continues to quietly make inroads in North Africa where it has been gaining a foothold in Libya and boosting its military exports to Algeria and Egypt while strengthening economic ties with Morocco and Tunisia, said the leading international relations magazine, Foreign Affairs.

Oren Kessler and Boris Zilberman, the co-authors of the article, dubbed “Russia’s Charm Offensive in North Africa,” highlighted the increasing Russian influence in North Africa saying that Egypt, a traditional US ally, has shifted sides and allied with Russia since President Sisi took power. “The administration of Barack Obama, wary of Cairo’s heavy-handed tactics to stamp out dissent, kept some distance from Sisi, who then turned to Russia to help fill the void.”

The reinvigorated ties between Egypt and Russia were reflected in Cairo’s support for Moscow at the UN. “In October 2016, Egypt voted with Russia against a UN Security Council resolution that sought to end air strikes in Syria—a vote denounced across the Arab world as a bid to curry favor with Moscow,” recalled the authors.

The strengthened ties between the two countries paved the way for holding joint military drills, named Defenders of Friendship. “Cairo and Moscow are said to be weeks away from finalizing an agreement on a nuclear-power reactor outside of Alexandria. Russia is slated to begin delivering nearly 50 Alligator attack helicopters to Egypt this year and a similar number of twin-engine Mikoyan MiG-29 fighter jets in 2020—the largest such deal since the two countries’ Cold War alliance,”  they noted.

In Libya, Russia has been backing militarily and diplomatically Libya’s strong man General Khalifa Haftar whose forces are at loggerheads with the internationally recognized government in Tripoli.  Haftar “reportedly signed an agreement with Russian officials to allow their forces to operate in areas of Libya under his control—as they apparently did last month” said the authors, quoting Thomas Waldhauser, the top U.S. commander for Africa affirming the presence of Russian troops on the ground in Libya.

They argue that economic interests are also a driver for Russia’s increasing involvement in Libya, adding that head of Rosneft energy giant agreed with head of Libya’s state oil company to cooperate on rebuilding the country’s war-ravaged energy sector.

The analysis also points to Tunisia as an increasingly popular destination for Russian tourists notably after the downing of airplanes in Egypt and Turkey. “Russia is now Tunisia’s top source of tourists, and a vital income stream for a country dependent on the tourism industry but that is still reeling from the 2015 terrorist attacks.”

Algeria, for its part, continues to be a key customer of Russian armament. “In 2014, the two sides signed an estimated $1 billion deal in which Algeria would use kits from Moscow’s state arms supplier to build 200 tanks.”

Morocco, In the westernmost side of North Africa, has also seen ties fostered with Russia following the king’s visit to Moscow last year. The visit was marked by the signing of a declaration of “Deep Strategic Partnership” and agreements on counterterrorism and energy, underscored the authors, noting that Russia’s increasing influence in the region imposes complications for the US and EU strategies in the Mediterranean.