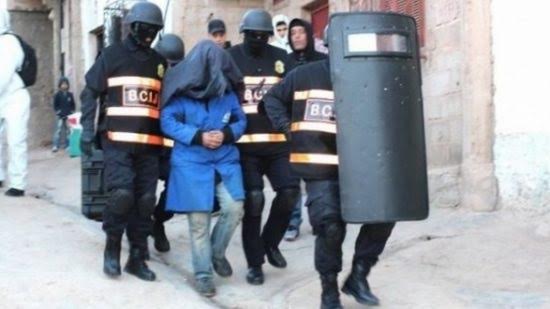 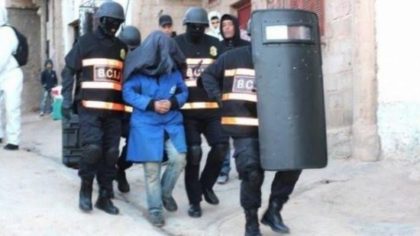 Morocco’s Bureau of Judicial Investigations (BCIJ) dismantled a terrorist cell loyal to ISIS terrorist organization, which was plotting attacks in several cities in the Kingdom, the Interior Ministry said in a statement.
The security operation resulted in the arrest of the seven members of the cell, which operated in six cities and localities across Morocco, including Salé, EL Jadida, Taza and El Gara.

Local reporters said that an exchange of fire took place when the BCIJ elements raided the hideout of the mastermind of the terrorist cell in El Jadida. Fire arms, explosives, chemical substances, explosive belts, communication tools and uniforms were seized during this operation.

“This operation enabled the identification of the hideout of the mastermind of the new terrorist cell where the large-scale terrorist attacks on the Kingdom were plotted in connivance with the commanders of Daesh in the Syrian, Iraqi and Libyan battlefields,” said the statement.

The Ministry added that the cell was planning to recruit and train youngsters to perpetrate destructive acts and undermine public order.

Last week, Moroccan police, in coordination with the BCIJ, dismantled a criminal gang led by an individual with loyalty to ISIS.