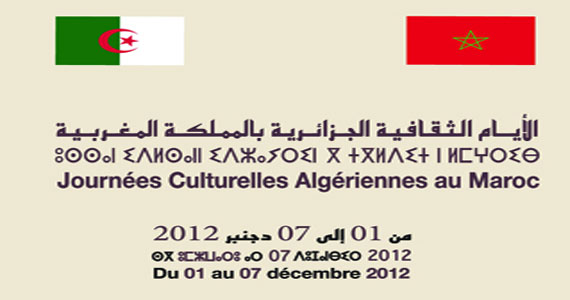 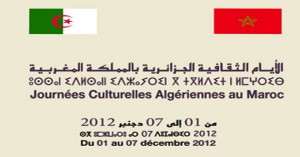 Morocco is celebrating this week Algerian culture through the organization of many cultural events including plastic art, book and artifact exhibitions, plays performances, films screenings, music concerts and shows, poetry readings and lectures.
A 114 strong Algerian cultural delegation, including musicians, choral singers, ballet dancers, writers and poets, is taking part in the week-long event running from December 1 through December 7.
The festival, featuring cultural activities in Rabat, Casablanca and Marrakesh, is meant to enhance cultural cooperation between the two countries and as put by Algerian and Moroccan Culture Ministers, Khalida Toumi and Mohamed Amine Sbihi, culture plays a key role in strengthening relations between peoples, fostering understanding and promoting peace.
Communication and exchange are necessary to create a cultural dynamic based on strategies targeting the promotion and preservation of the common memory and shared heritage, the Algerian official said.
“In the current context, marked by the deep changes taking place in our region at all levels, culture stands as a driving force opening better prospects” (to bilateral relations), she said during the opening ceremony of the event that was chaired by Princess Lalla Meriem, the Moroccan King’s oldest sister.
Commentators said the fact that the event opening ceremony was chaired by a member of the royal family is very meaningful and translates Morocco’s resolve to enhance its relations with Algeria on all scales, even though these relations are strained because of the Western Sahara issue.
Insisting that culture is a launch pad for peace and reconciliation and noting that this cultural event is being held while Algeria is celebrating the 50th anniversary of its independence, the Algerian official highlighted the steadfast backing extended by Morocco and the Moroccan people to Algeria during its revolution for independence and dignity.
In the same vein, Moroccan culture Minister, Mohamed Amine Sbihi, highlighted the pivotal role that culture plays in bringing the two peoples closer, especially that the two countries share a similar, if not identical, cultural tradition. The two countries’ common language and religion and their shared history helped shape identical ideals and values, he said.
Both countries’ cultural heritage is actually entrenched in Arab-Islamic-Berber identity and is open to other cultures.
The Moroccan official hailed the continuing cultural and artistic exchanges between the two countries throughout the year and the excellent relationship existing between Moroccan and Algerian artists.
Actually, despite the tension that marks Moroccan-Algerian relations and despite the fact that their land borders have been closed for many years, cultural relations have never ceased. The two countries, at official level or at the level of individual intellectuals and artists, participate in the book fairs, film festivals, concerts and other cultural events organized in either country.
The two countries’ cultural departments are currently discussing the signing of a memorandum of understanding that will cover all culture-related areas. The program will also provide for training in cultural management, joint research on heritage, exchange of experience and support for artistic and cultural creation.
All these areas of cooperation to be covered by the three-year program were surveyed by the two countries’ ministers of culture on the sidelines of the Algerian Cultural Days. The two officials also discussed the idea to hold a Maghreban book fair and a North-African drama festival.
The two sides also agreed to hold Moroccan Cultural Days in Algeria next year.