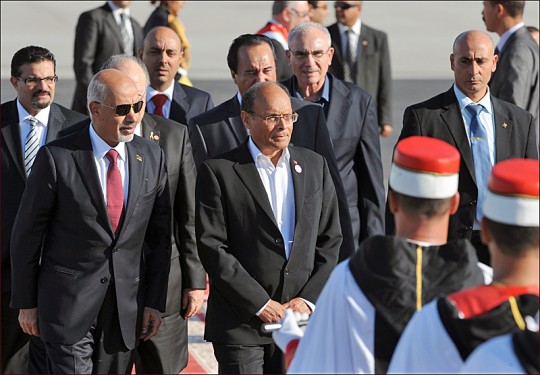 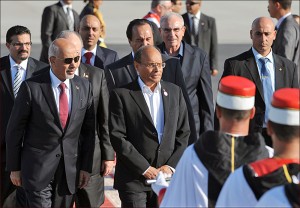 Libya has offered its neighboring country, Tunisia, a financing assistance to promote its development. Considered as a duty by Chief Mohamed Magarief of the Libyan General National Congress, the 98 million Euros development assistance package also manifests the bond between the two countries. Libya believes that they are confronted with the same challenges as they struggle to draft new constitutions, establish new institution, rebuild infrastructures and assure socio-economic development.
Tunisia’s President Moncef Marzouki described the gesture as “a gift to help the Tunisian economy” and foresees cooperation opportunities between them in areas like tourism, security, economics and politics. Libya’s Mohamed Magarief strengthens the proposal by saying that cooperation and integration between is no longer an option because it has become inevitable. Joint technical committees working towards the activation of bilateral partnerships and co-operation, as well as large investment opportunities already exist between them.
Tunisian National Constituent Assembly chief Mustapha Ben Jaafar assured Libyans of Tunisia’s support in their efforts directed towards reconstruction and various fields through partnerships. Chief Magarief called for greater collaboration as they engage themselves in nation building and the implementation of democracy before highlighting the importance of security issues because the security of Libya depends on Tunisia’s security, vice versa.
According to Finance Minister Slim Besbes, Tunisia needs loans and aid worth seven billion dinars to cover the expenditures of next year’s budget and its soaring deficit. The development package, however, stirred controversy inside Libya, where many argued that the current government lacks the authority to make such a move.
Tunisia reminded their neighbors of the hospitality their country had shown them during the revolution against Colonel Kadhafi. They said they are still sharing their food and public places to the Libyans despite the hard times they are facing.