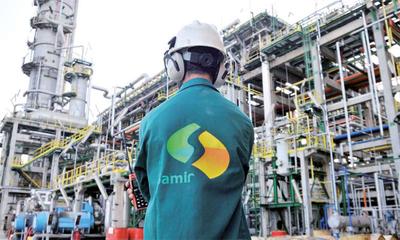 A breakthrough may be near in the long-running crisis that forced Morocco’s sole oil refinery Samir into closure after the court-appointed manager of the refinery received a buyout offer totaling $3 billion, several media reports said.

The trustee running the company Mohamed El-Krimi was reported in the media as saying that he expects more expressions of interest.

“We were planning to launch expressions of interest this week, but we have received an offer of 31 billion dirham ($3 billion) from a foreign conglomerate,” El-Krimi said.

Although he declined to name the bidder, El-Krimi confirmed a report from business news website Medias24 saying the offer was submitted through Italian law firm Studio Mazzanti and Partners.

The closure of Morocco’s sole refinery would make the country entirely reliant on imports. At just under 300,000 barrels per day, Morocco’s petroleum consumption is Africa’s fifth largest, according to data from the U.S. Energy Information Administration.

North Africa Post's news desk is composed of journalists and editors, who are constantly working to provide new and accurate stories to NAP readers.
NEWER POSTMorocco’s TGV to be Ready in 2018
OLDER POSTFinancial Times Names ‘Attijariwafa Bank’ Best in Morocco