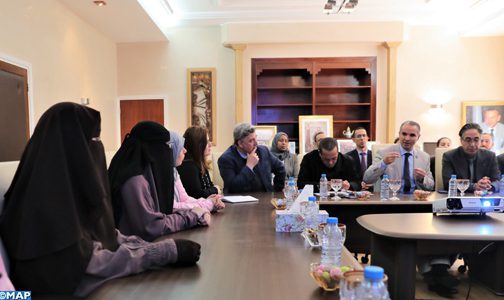 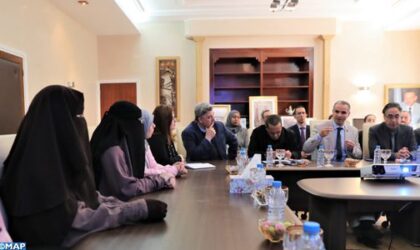 Morocco is tackling terror threat and extremism not only with its proactive security approach, which helped to foil several terrorist plots but also with pilot rehabilitation programs that aim to deradicalize Jihadis while they are in prison through the teaching of moderate Islam.

Some of the former extremists, who renounced their fanatic views and embraced a more tolerant Islam, were pardoned lately by King Mohammed VI, Commander of the Faithful, after they voluntarily enrolled in “Musalaha” (reconciliation) program in prisons and completed their courses.

Among these repentant extremists who benefited from royal amnesty, ten women were received on Wednesday at Mohammed VI Foundation for the Reinsertion of Prisoners.

The program aims to rehabilitate the jihadists inside prisons through a threefold approach including reconciliation with the Self, with religious texts, and with society. This means renouncing violence, accepting pluralistic interpretations of religious texts…

Under the deradicalization program, the salafi extremists are separated from the general prison population to prevent Jihadists from indoctrinating inmates.
Many of the former salafist militants and leaders have changed their extremist views and they are now living their normal socio-professional life.

Although there is still a long way to go on this challenging path, the Moroccan experience deserves international recognition and support because the battle against extremist ideology is not an easy task.

In addition to the securitized approach in dealing with jihadist threats, the war against terrorism can also be won by building resilient societies through an education that encourages creative thinking, open dialogue, gender equality, tolerance, cultural coexistence, inclusive socioeconomic development …