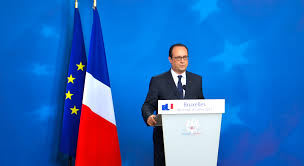 France said it took note of the verdict of the European Court of Justice, which declared Polisario’s challenge to the EU-Morocco agricultural trade deals as “inadmissible”.

“France will continue to work with its partners and the European Union to develop the quality partnership between the EU and Morocco, including in the agricultural sector,” the French Foreign Ministry Spokesperson said on Wednesday in a statement to the press.

France had supported the appeal brought by the European Council to challenge the annulment of the farm accord, he said.

On this occasion, the spokesperson for the French foreign ministry expressed support for Morocco’s initiative to grand substantive autonomy to the southern Sahara provinces, as a lasting solution to the conflict.

“We consider the autonomy plan presented by Morocco in 2007 as a serious and credible basis to find a negotiated solution,” said the spokesperson.

The European Court of Justice declared invalid the challenge to the Morocco-EU trade deals submitted by the Polisario, the Algeria funded and based separatist militia. The EU’s top court, thus overrules the previous verdict and rejects the Polisario’s right to appeal.

The deals between Morocco and the EU “do not concern” the Polisario front, the court stated.

The ECJ’s verdict echoes the views expressed by the Court’s Chief Advocate General Melchior Wathelet who explained, in an opinion piece, that the Polisario front is not a legitimate organization for contesting the Morocco-EU trade agreements. The Advocate General had called for the suspension verdict to be overturned.