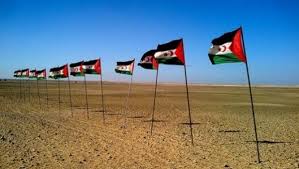 The Mauritania regime has again irritated Rabat after it allowed the Polisario Front to send militaries to spy on Moroccan forces from the military buffer zone of Guerguerat located between the two counties.
Polisario elements were allowed to sneak into La Güera small town through the Mauritania side, Moroccan daily Al Massae reported.
The act is another provocation by Nouakchott and an expression of its unfriendly behavior towards Morocco, said the daily, adding that not only the separatist movement took pictures of the area but it celebrated the move as “a victory.”
La Güera is a small town at Guerguerat military buffer zone between Mauritania and Morocco.
According to the Moroccan daily, the Polisario intends to position sentinels in the zone, just few meters away from Moroccan military positions.
Nouakchott, under President Mohamed Ould Abdel Aziz, has shifted from its neutrality in the Sahara issue to a supporter of the separatist movement whose leaders, including Brahim Ghali, are currently under Spanish arrest warrants over alleged war crimes and human rights abuses.
President Ould Abdel Aziz recently offered the separatist front a piece of land to build its embassy in the Mauritania capital. The Mauritanian regime is thus aligning itself with Algeria, the Polisario’s mentor and staunch supporter, which has been perpetuating the Sahara conflict for over 40 years, and will be the first Arab country to grant the movement such an official status.