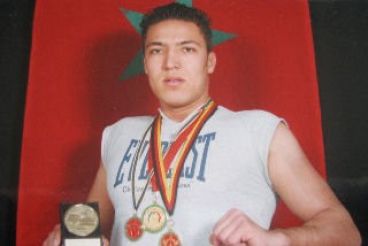 A Moroccan boxer who claimed having been tortured in Morocco was found guilty of libel against the King’s private Secretary Mounir El Majidi.

The Paris Tribunal de Grande Instance, which issued its ruling on Wednesday, fined the boxer Zakaria Moumni to €1,000 in damages for defamation.

Zakaria Moumni, a confirmed liar, had filed a complaint in France against Abdellatif Hammouchi, head of Morocco’s General Directorate of National Security (DGST) and Director of the National Intelligence Agency, for alleged torture and claimed that the private secretary of King Mohammed VI was behind his abuse.

Mounir El Majidi lodged a complaint for libel in the same court.

One of Majidi’s attorneys, Hervé Temime, welcomed the court’s ruling and said “the allegations of Zakaria Moumni (…) have been recognized as baseless, frivolous and could not be substantiated by one scintilla of evidence.”

Two other lawyers of the King’s private secretary, Hicham Naciri and Jean-Yves Dupeux, also welcomed the verdict that cleared their client.

They deemed the decision “consistent and logical” insofar as all proceedings by Zakaria Moumni have exonerated Mr. El Majidi “