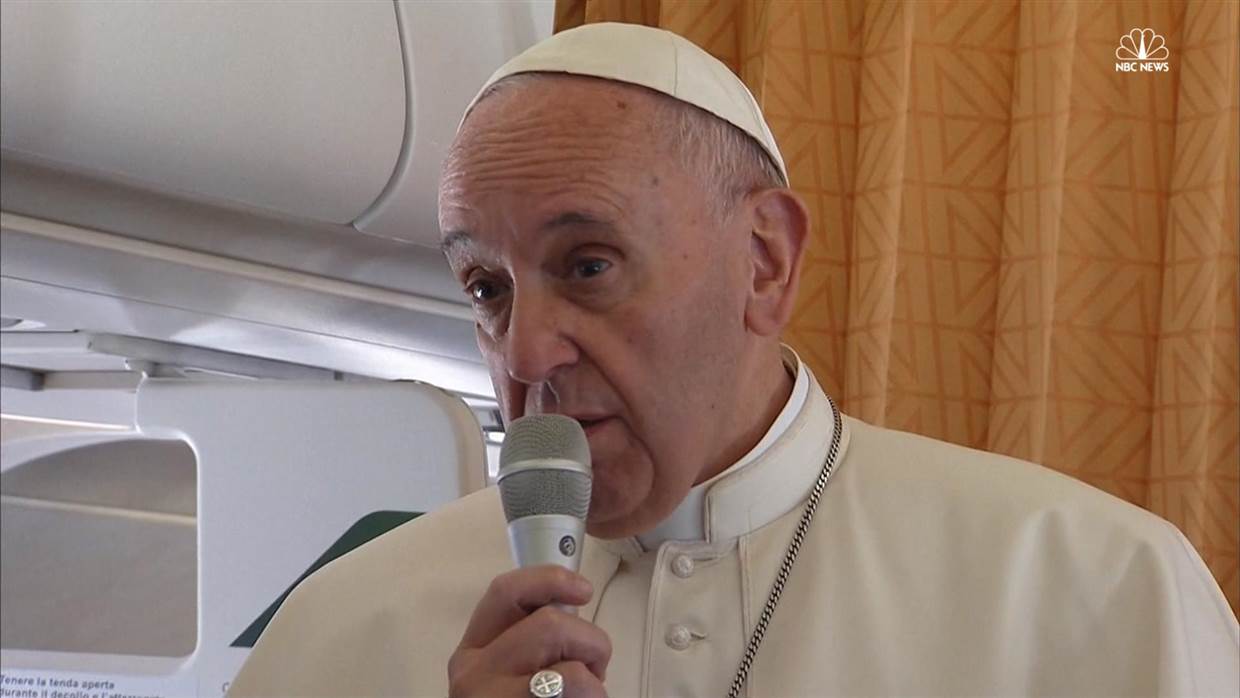 Vatican: ‘World at war, but not Religion main cause’ Pope Francis 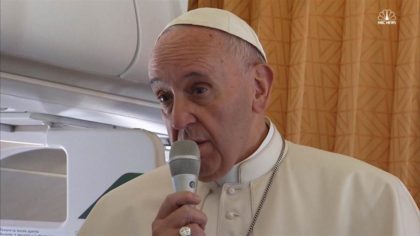 Pope Francis, head of Roman Catholic Church Wednesday indicated that the world is at war but rejected claims that religion is the source a day after two Islamic State (IS) sympathizers slit the throat of a Roman Catholic priest in France.
Speaking to reporters on his plane en route from Rome to the Polish city of Krakow, Pope Francis argued the world is at war but media and world leaders shy away to say it.
“We must not be afraid to say the truth; the world is at war because it has lost peace,”
“This is war. The world has been at war for a while now … We had the war of 1914, then the war in 1939-45, and now this one,” he added.
“When I speak of war I speak of wars over interests, money, resources, not religion. All religions want peace, it’s the others who want war.”
The pontiff who is attending the week-long international event known as World Youth Day condemned the killing of Father Jacques Hamel, 86 on Tuesday at Saint-Etienne-du-Rouvray in his church.
The priest was slaughtered by two IS militants who stormed the church as Hamel was leading morning mass. The attackers were killed by security forces.
“This priest, who died as he was leading churchgoers to prayer, is one [victim],” Pope Francis said.
“But how many Christians, how many innocent children [have died]?” he added.
Pope Francis touched down in the Polish city to attend the World Youth Day, one of the biggest catholic gatherings in the world.
Polish authorities who have been reluctant to receive migrants fleeing war in Syria have reportedly mobilized around 20,000 security forces to secure the event. Authorities have also banned gas tankers and large trucks from entering the city.
Up 2 million youth across the world are expected to attend the event.