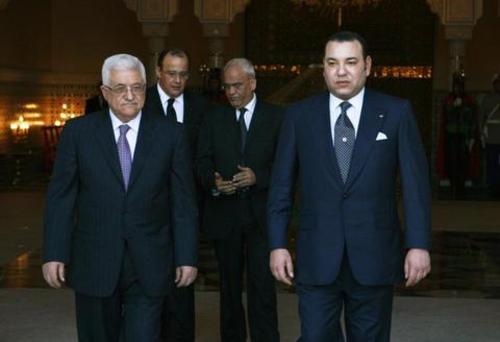 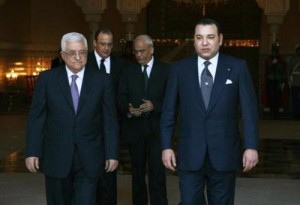 The Al-Quds Committee which is holding its 20th session in Marrakesh this January 17-18 under the presidency of Mohammed VI, King of Morocco and chairman of the Committee, is poised to send a strong message to Israel about its unlawful practices in the holy city, deemed by Muslims, Christians and Jews as a common heritage.
The committee which was established by the Organization of Islamic Cooperation in 1975 under the chairmanship of the King of Moroccan to ensure the protection of the cultural and civilizational identity of Jerusalem is convened in crucial international circumstances and at a time the City of Jerusalem is facing up unprecedented challenges.
The situation requires a unified response on the part of Islamic states and a strong message to the international community to prompt it shoulder its responsibilities by compelling Israel to stop all its lawless practices that seek to alter the identity of the city and consecrate the fait accompli on the ground, mainly through the building of new settlements.
Earlier this month, Israel announced a project to build more than 1,800 housing units in settlements, including more than a thousand units in occupied East Jerusalem.
The meeting will therefore focus on these practices that are contrary to relevant international laws on occupied territories.
The meeting, to be attended by the President of Palestine Mahmoud Abbas, the foreign ministers of the member countries of the Jerusalem committee and representatives of the United Nations, the European Union, the Vatican, the Arab League among others, will also urge the committee members and all Islamic states to mobilize more resources for the committee’s financial agency, Bayt Mal Al Quds, set up in 1998, to help it fulfil its mission.
Despite the deadlock in Israeli-Palestinian peace negotiations, the financial agency undertook many tangible actions in the city at the social, cultural and educational scales, seeking to uphold the Palestinians’ rights to remain steadfast on their lands, to preserve the multicultural identity of the city and to safeguard its religious and civilizational heritage.
Since its inception, the Agency contributed to the rehabilitation of many historic monuments and buildings in the city and funded many projects including the restoration of decaying lodgings for poor inhabitants of Jerusalem, the construction of schools, mosques, etc. The agency also financed a number of projects meant to preserve the Islamic and Arab presence in the city, in partnership with relevant international, Islamic and Arab institutions and parties.
Morocco’s initiative to convene Al-Quds Committee meeting at this crucial time translates its resolve to put the issue of Jerusalem in the core of any diplomatic move in the Middle east and evidences, if need be, the historic role the kingdom has always played in rapprochement between Arabs and Israelis and in the outstanding accords signed by the two sides.