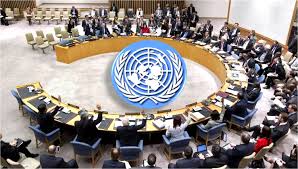 Members of the Security Council welcomed the deal between Morocco and the UN Secretary General to restore the MINURSO within the framework of its mandate, Morocco’s Ambassador to the UN Omar Hilale said on Tuesday in New York.

The Security Council members expressed satisfaction regarding the deal to settle the crisis that broke out last March, Hilale told the press following a Council meeting on the MINURSO.

During the meeting, UN Under-Secretary-General for Peacekeeping Operations Hervé Ladsous and Special Representative and Head of the MINURSO Kim Bolduc presented a briefing on the UN Mission in the Sahara, said Hilale adding that the Security Council members “lauded Morocco for its efforts to reach the deal” on restoring the MINURSO to its full functionality in line with its mandate.

The Council also congratulated Morocco for its commitment to implement the deal and for facilitating the MINURSO’s mission despite the crisis, Hilale said.

In March, Morocco expelled the 84 international civilian personnel staffed on MINURSO, after verbal blunders by the UN Secretary General who visited the separatist rear-base of Tindouf where he referred to Morocco’s retrieval of its southern provinces as “occupation”.

The MINURSO was established in 1991 to monitor a cease-fire and organize a referendum on the status of the Saharan provinces. The plebiscite never took place due to irreconcilable disagreements over who is eligible to vote. Since then, cease-fire monitoring as well as other military tasks constitute the bulk of the MINURSO’s tasks.

North Africa Post's news desk is composed of journalists and editors, who are constantly working to provide new and accurate stories to NAP readers.
NEWER POSTFrance: “We are at war” Holland
OLDER POSTMorocco’s Phosphates Giant OCP to Open Subsidiaries in 13 African Countries