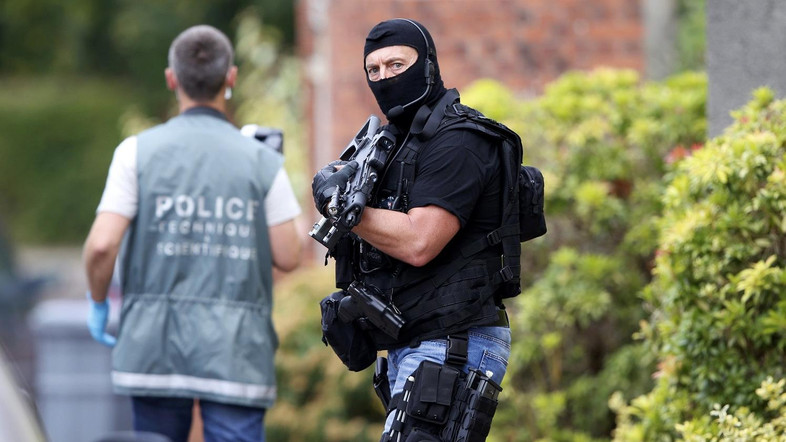 France: “We are at war” Holland 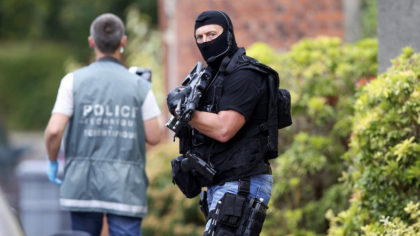 French President Tuesday declared France at war following Islamist attack on a church at Saint-Etienne-du-Rouvray which left the priest assassinated.
Francois Holland on visit to the scene of the attack also announced that the Islamic State (IS) group has declared war to France.
“We are in front of a group, Daech that has declared war to us. We must wage that war by all means, in accordance the law, reason why we are a democracy,” Holland said using Arabic name of the group.
Two attackers in Tuesday assaulted Saint-Etienne-du-Rouvray Catholic Church in the morning, taking the six people among whom the priest hostage. They slaughtered priest Jacques Hamel, 86 and wounded four other people. One woman managed to escape and informed security forces.
The security forces took position in front the church and later killed the two attackers. Authorities identified one of the terrorist as Adel Kermiche, 19, unknown to security forces.
Kermiche on the other hand has been on anti-terrorism services’ radar after trying two times to travel to Syria in March 2015 and May 2015, reports say. He was arrested on May 22, 2015, jailed for six months before being released and placed under electronic surveillance.
The attack, according to French Le Monde occurred the period he was allowed to move out: between 8:30 and 12:30, Monday through Friday.
IS claimed responsibility for the attack in a statement released on its media, Aamaq.
In a televised address to the nation in the evening, Holland urged French to continue forming a bloc to win “the war against hatred and fanaticism.”
He also noted that “the war against IS will be long and France will win.
Following the attack, the EU leaders pledged to stand with France in the fight against “barbarity.”
“More than ever, all over Europe, solidarity and cooperation will be essential in the fight against barbarity and to ensure that our shared values prevail,” wrote Jean-Claude Juncker, head of the European Commission.
EU’s foreign policy chief Federica Mogherini also followed suit to express her solidarity with France and offered her condolences to the victims’ families and Catholic Church.
“Targeting a man of faith, of any faith, is always a crime against our common humanity because it means targeting the deeper essence of our lives, believers and non-believers alike,” she said.