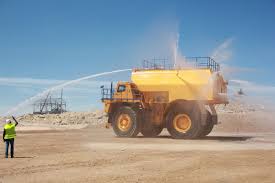 Morocco’s state-owned phosphates company, OCP, is planning to open subsidiaries in 13 African countries in line with the Kingdom’s strategy to boost economic ties and investments in the continent.

As announced in the official gazette, the OCP’s board of directors approved the decision to establish 13 subsidiaries in the countries of Côte d’Ivoire, Senegal, Cameroun, Benin, Democratic Republic of the Congo, Angola, Tanzania, Zambia, Zimbabwe, Mozambique, Ghana and Ethiopia.

The new companies are part of OCP Africa which operates in the field of agricultural development in the continent. Through this largescale investment, the OCP group aims at boosting economic ties with African countries in tandem with Morocco’s endeavor to promote its diplomatic influence in the continent.

The official gazette also confirms the news about the establishment of an OCP fertilizers factory in Nigeria which was announced earlier by several African media outlets following a visit to Lagos by Nasser Bourita, Minister Delegate to the Minister of Foreign Affairs and Cooperation.

The new plant will help Abuja boost its agricultural sector and food security with a strong potential for exports to West African countries.

The creation of the new subsidiaries will help OCP Africa to get a foothold in several African markets where Morocco’s phosphates giant exported 24% of its output in 2015.

These new investments will further bolster Morocco’s economic and diplomatic ties with English speaking African countries. Recently, the African Bank for Development lauded Morocco for gearing 85% of its foreign direct investments to the African continent.