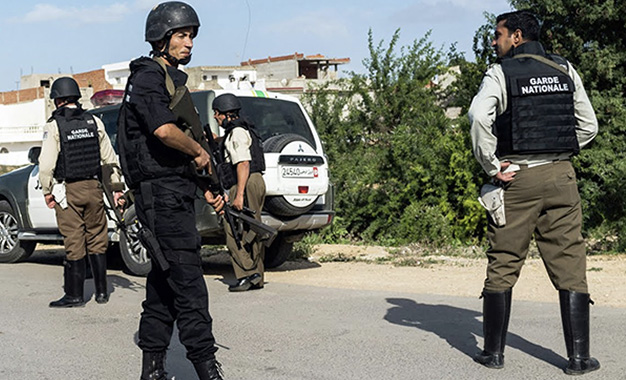 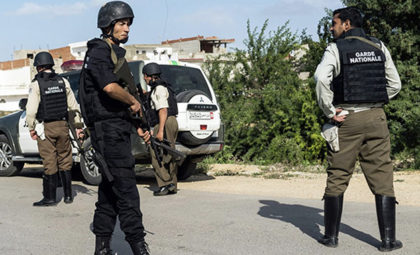 Four security forces and three jihadists were killed Wednesday as the National Guards and the police tried to neutralize groups of terrorists near the capital and in the south of the country, the interior ministry announced in a statement.

“One terrorist element was shot dead while the other detonated his explosive belt, killing two officers and two agents of the National Guard,” the statement said.

Security forces raided an area of the governorate of Tatouine where a group of terrorists were reportedly plotting simultaneous attacks in the capital.

The raid left two other jihadist killed while 16 others were arrested. Interior ministry further indicated that several weapons, Kalashnikov type, pistols and ammunitions were seized.

People in the area where the group hid were surprised saying that the terrorists never showed suspicious signs.

Tunisia has been confronted with growing terrorist acts and plots since 2011. Three major attacks hit the country in March, June and November last year killing a total number of 71 people mostly foreign tourists. The Islamic State has claimed responsibility for the three attacks.

Thousands of Tunisians left the country to join terror groups in conflict zones in the region and across the Middle East. Most of the attacks are carried out by the country’s own citizens.