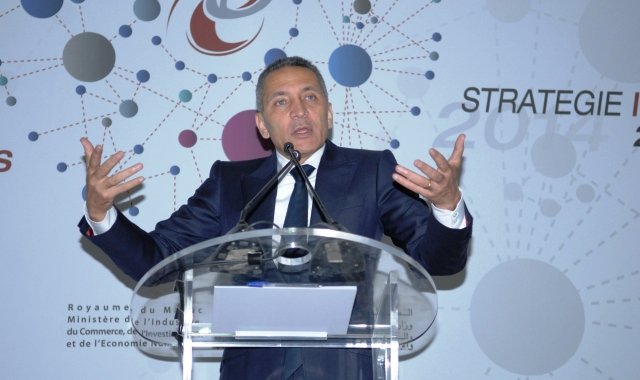 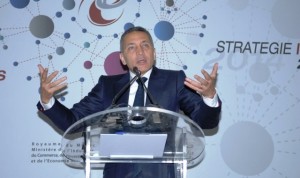 Morocco launched on Wednesday an ambitious plan meant to foster industrial growth, reinforce the country’s economic resilience, and confirm its place among emerging nations.
At a ceremony chaired by King Mohammed VI, Minister of Industry Moulay Hafid Elalamy presented the details of the new 2014-2020 industrial growth strategy, which represents “an evolution of emergence towards performing ecosystems in order to consolidate gains and expand results.”
In his presentation, the minister announced the creation of a public industrial investment fund endowed with 2 billion euros. The fund is destined to help the industrial fabric to upgrade and modernize its structures and to boost its productivity.
According to Moulay Hafid Elalamy, the ambitious plan will build on “our achievements and assets, in various sectors such as aeronautics, car-making and off-shoring.”
Morocco’s global businesses allowed the country to make a breakthrough particularly in the sectors of aeronautics, automotive and offshoring which attracted world companies, leaders in their field, such as Renault-Nissan, the Canadian Bombardier and others, Elalamy said, insisting that these gains help the country to move towards more efficient ecosystems, strengthen its economic resilience, make it more globally competitive and open wider prospects for emergence.
This inclusive strategic plan which reintegrates Morocco’s traditional job-generating industries, will be based on ten key measures, including the creation of a new dynamic and a new relationship between large groups and SME’s, reinforcement of the status of industry as a job-generating activity, particularly for young people, and optimization of the social and economic impact of public procurement through industrial clearing.
The industrial growth program is expected to generate over the six coming years half a million jobs in the sector, half of which will be generated by foreign direct investments, and substantially increase the share of industry in GDP from the current 14% to 23 % by 2020.
The plan also focuses on the promotion of the transition from the informal to the formal economy by establishing a comprehensive integration system of the very small businesses. This system should include the enactment of the statute of the self-employed, an adequate tax scheme, social security coverage, and dedicated support and funding.
Also, the plan grants utmost importance to human resources, the aim being to respond better to Moroccan and foreign enterprises’ requirements and to meet clients’ expectations.
The plan provides for other measures to better exploit and optimize industrial parks and make them more accessible to operators. The parks will thus be accessible for rent and each new park will include a one-stop window for handling all paper work.
The plan also stipulates a close follow-up of free trade agreements that are currently being negotiated, permanent monitoring of the respect of the provisions of existing FTA’s, the establishment of a “Deal Making” culture in seeking foreign direct investments and strengthening of Morocco’s African calling.
In this vein, the Trade minister called on all Moroccan economic operators to have “the Africa reflex” to upgrade Morocco’s partnership with African countries. Although Moroccan companies operating in Africa in the banking, insurance, telecom, construction, tourism, etc. have already gone a good part of the way, there is still a lot to do, he said.
Moroccan operators should build on the gains scored thanks to the personal involvement of King Mohammed VI, who has repeatedly urged Moroccan operators to respect their African peers, focus on South-South partnerships, and always act with a view to creating shared value, he said, urging investors to take the most of Morocco’s position as a gateway for international investment in the African continent.
Elalamy who announced that an inter-ministerial committee will supervise the coordination and implementation of the industrial growth plan did not hide his optimism that the plan will turn Morocco into an industrial and social champion as the country has the necessary collective energy and human and material resources to steer this necessary revolution.
Overall, the plan seeks to build on the progress made thanks to a proactive policy of openness, to adapt the industrial sector not only to the needs of the labor market but also to the new situation of the country as an increasingly attractive destination for international companies and to make the most of its location between the Americas, Europe, the Middle East and Africa.
The presentation ceremony was marked by the signing of some 33 conventions related to the 2014-2020 industrial growth plan.