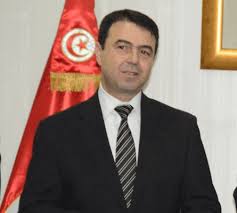 Tunisia’s Interior Minister Hedi Majdoub revealed that they have gathered intelligence indicating that terrorist groups linked to the Islamic State operating in Libya are planning to launch attacks in the country.

The attacks are to be carried out by suicide bombers against security officers, the official said during a hearing with the Security and Defense committee of the parliament. Other spots in the Greater Tunis area may also be targeted, he said.

As part of efforts to counter the attacks, Madjoub said they are coordinating with neighboring Algeria and Libya over border security. He said coordination with Algiers is stronger than that of Tripoli because of the state of affairs in the war torn country.

Attacks claimed by the Islamic State in 2015 have worsened Tunisia’s economic and financial situation as it was just starting to recover from the effects of the protests that led to the end of the Ben Ali regime. Around 1400 people stood trial on charges of belonging to a terrorist organization.

Tunisia established a buffer zone along its border with Libya, dug trenches and built a wall as security measures to limit illegal crossing between the two countries.