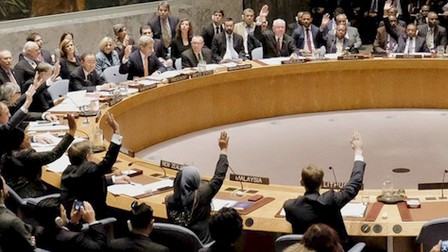 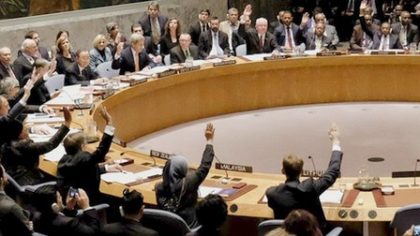 Morocco has welcomed the resolution adopted Friday by the UN Security Council which renews the mandate of the MINURSO, the UN peacekeeping mission in the Sahara, for one year, for it reiterates the fundamental parameters of the political solution it defined since 2004.

“This resolution reaffirms the parameters of the political solution, as defined by the Security Council since 2004 and clarified, in operational terms, in 2007,” said the Moroccan Foreign Ministry in a statement released few hours after the vote of the resolution.

The Foreign Ministry deemed that the resolution constitutes “a “scathing setback for all the maneuvers of the UN Secretariat General.”

These manoeuvers triggered tension between Morocco and the UN Secretary General, Ban Ki-Moon, who had talked of the Moroccan presence in the Sahara as “occupation.” The UN Chief, who is leaving office at the end of 2016, also mentioned in his report on MINURSO the “self-determination” obsolete option.

For the Moroccan diplomacy these acts are all “maneuvers” aimed “to alter the parameters of the political solution, to revive obsolete options and to introduce elements that are not recognized by the Security Council.”

The Foreign Ministry’s statement recalled that Morocco had responded in due time to the UN Secretary General’s inappropriate behavior and expressed, in an official letter, its reservations on his latest report immediately after it was made public. In this letter, Morocco also voiced its total rejection of some contents of this report.

The Foreign Ministry also welcomed the fact that the Security Council resolution extends the MINURSO mandate without making any change to its prerogatives, a reference to the attempts made in 2013 and 2014 by the General Secretariat and American diplomacy to expand the MINURSO prerogatives to human rights monitoring.

The Mission will work as it did in recent years, taking into account the developments of the issue, the statement said, adding that “the Security Council has thus ruled on all the attempts to change the MINURSO mandate and expand it to missions not agreed upon and to tasks alien to its purpose.”

“It is in the context of this renewed mandate that the resolution calls for the full functionality of MINURSO,” the Foreign Ministry said, adding that “Morocco will continue dialog, in full compliance with the decisions it made, to reach a solution package likely to mitigate the serious missteps made by the UN Secretary General during his visit to the region, and to guarantee the proper functioning of the MINURSO, mainly regarding its core tasks consisting in monitoring the cease-fire and demining the buffer zone to the east of the defense wall.”

MINURSO was established in 1991 to monitor a ceasefire between Morocco and the Algeria-backed separatist movement known as the Polisario Front. After more than a decade of failed attempts to organize a referendum on the status of Western Sahara, the UN decided in 2002 to abandon the idea and instead pursue a negotiated political solution to the conflict. In 2007, Morocco proposed a compromise solution based on broad autonomy for the Sahara under Moroccan sovereignty.

And Friday’s resolution took note again of the Moroccan proposal and of the serious and credible Moroccan efforts to move the process forward towards resolution. It also reaffirmed all the previous resolutions which call for a negotiated political solution and make no mention of a referendum.
The Foreign Ministry also pointed out that Morocco “regrets, that the member of the Security Council, which is responsible for the drafting and presentation of the first draft resolution, has introduced elements of pressure, constraints and weakening, and acted against the spirit of partnership binding it to the Kingdom of Morocco,” in a clear reference to the United States, the penholder of the group of the Sahara Friends, which drafted and tabled the resolution.

In this vein, the Foreign Ministry recalled the speech delivered by King Mohammed VI during the Morocco-GCC Summit held in Riyadh on April 20 and wherein he had denounced the sources of inspiration, action and objectives of the parties which are hostile to the territorial integrity of Morocco and which seek to cause regional destabilization.
“Morocco which relies on its rights and on the unity and solidity of its internal front will remain, in good faith and with determination, committed to the political process of the settlement of this artificial regional dispute,” the ministry underlined, before concluding that as Morocco will remain committed to regional and international peace and stability, it will likewise remain vigilant to ward off any slips or attempts to harm its legitimate supreme interests.