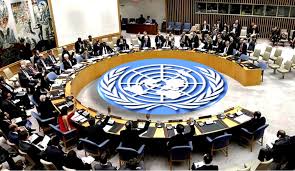 The UN Security Council has dealt a hard blow to the Polisario thugs, the Algerian and South African leaders, with the adoption last Tuesday of resolution 2468 with a large majority.

In this resolution, the Council underlined, once again, the importance of respecting fully its commitments in order to maintain the momentum of the political process regarding the Sahara issue.

The UN Security Council voiced major concern over the violations perpetrated by the polisario, which is armed, funded and sheltered by the Algerian regime.

The executive body of the United Nations also expressed deep concern over the violation of the military agreements concluded with MINURSO regarding the ceasefire in the Sahara, calling on the separatist group to fully honor their commitments made to the personal envoy of UN Secretary General, Horst Köhler.

The text of the resolution, which emphasized the importance of “realism” and “compromise” without making reference to the principle of “self-determination”, has infuriated the polisario. Feeling humiliated and like a slap in the face, the secessionists threatened to withdraw from the political process.

The Polisario, their Algerian and South African supporters, continue to cling to the unworkable idea of independence, an obsolete, unrealistic and impracticable option in the current geopolitical realities.

By continuing to hold on to such a sterile stand, inherited from Cold War era, the Polisario leaders are undermining the UN process seeking to achieve a political solution to a conflict, which is testing the international community’s patience.

The bottom line is that resolution 2468 meets largely Morocco’s expectations, confirms the status of Algeria as the “main stakeholder” in the Sahara conflict and reaffirms, once again, that all the unfeasible plans providing for self-determination are buried for ever.

This strengthens Morocco’s stand expressed at the second roundtable meeting held in Geneva, affirming that self-determination does not necessarily mean either a referendum or independence. The autonomy plan, put by Rabat on the negotiating table, offers really the best compromise, which is demanded by the UN Security Council.