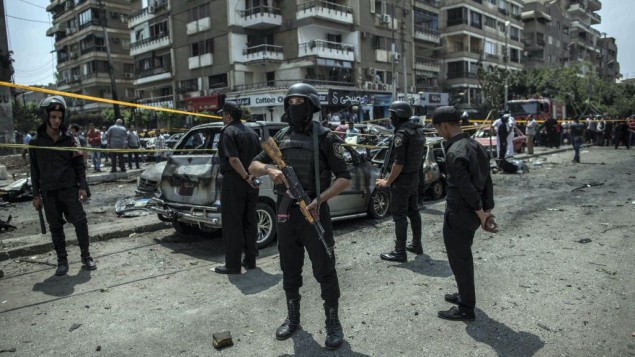 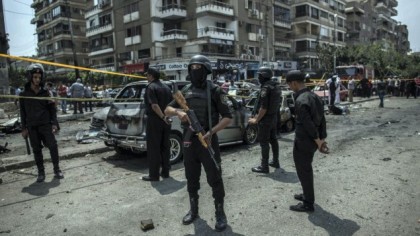 A roadside bomb explosion in a populated neighborhood of Cairo late Wednesday injured three people and damaged police cars, reports say.
State-run news agency Mena explained that the explosion emanated from an explosive device which was placed in the street of in the Feisal neighborhood. The agency added that device was detonated as police convoy was passing by.
The explosion injured three civilians and damaged two police cars. One suspect was arrested by authorities, reports add.
Egyptian authorities have been at loggerheads with Islamist militants who have been waging war against security and military forces following the overthrow of Islamist President Mohamed Morsi in 2013 in a military coup led by current President al-Sisi.
Though most of fights take place in the country’s restive Sinai Peninsula, attacks have spilled over to the capital Cairo.
Also according to related reports relaying an anonymous security source national army fighter jets killed 17 jihadists at a training camp in the Sinai near the border town of Rafah.
In addition five days ago, on March 05, Egypt’s commando forces swooped on a militant base situated in the town of Sheikh Zuweid, 334 kilometers northeast of Cairo. The raid left five jihadists killed
Egyptian authorities have declared state of emergency in the Sinai since October 2014 after the militants attacked military and police position killing 33 soldiers according to official figures.