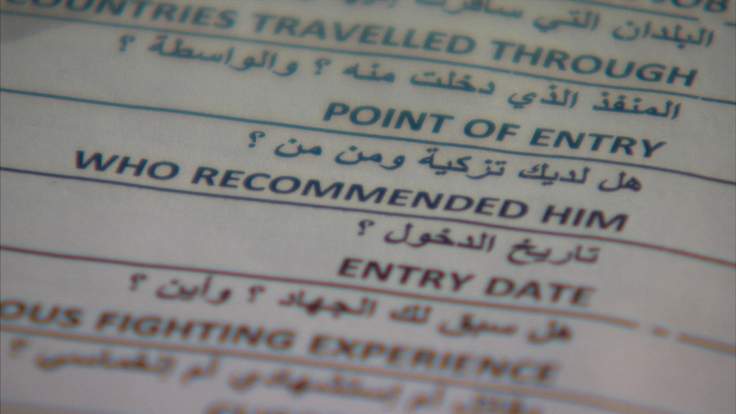 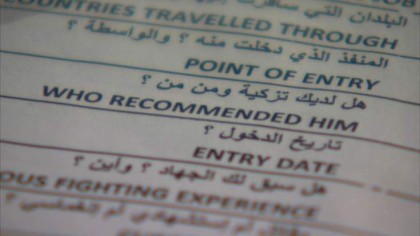 Sky News Wednesday announced it got hold of an enormous and significant cache of intelligence made of tens of thousands of documents containing the names and details of 22,000 IS fighters.
The haul of the documents according to the British media was handed over by a disillusioned former member who had stolen the documents on a flash disk from the head of the group’s internal security police.
The database details the required conditions and documents the recruits have to fill in and the personal information needed by the group before new members are allowed in.
Sky new published a set of documents containing a questionnaire including their blood type, mother’s maiden name, “level of sharia understanding” and previous experience.
The secret documents also reportedly include phone numbers which according to analysts could be those of relatives or numbers used by the jihadists themselves. Some of the phone numbers are reportedly still operative.
The documents also revealed that the group has recruits from more than 51 countries including UK, the United States, Northern Europe, Canada, North Africa and the Middle East.
Some of the documents also revealed the names of some already known British IS fighters such as Abdel-Majed Abdel Bary, a former rapper from west London who once posted an image of himself on Twitter holding a severed head.
Junaid Hussain, from Birmingham who joined the terrorist group and became the group’s IS cyber-operative has been identified in the documents. Reyaad Khan, another British citizen from Cardiff who featured in an IS recruiting video has been also detailed. Both Khan and Bary were reportedly killed last year.
Sky News also explained that the documents were obtained from a former Free Syrian Army convert to Islamic State who calls himself Abu Hamed. He handed the flash disk to a journalist in Turkey.
Abu Hamed also told the British media that he quitted because the group has stepped away from Islamic rules and has abandoned its Syrian headquarters of Raqqa and is now moving into the desert. Abu Hamed also indicated that the group has completely changed its leadership and is now manned by former soldiers from the Iraqi Baath party of Saddam Hussein.
British authorities have been informed about the cache of documents but no official comment has been made yet.
However analysts say this is the most relevant haul of information ever obtained about the group and this could lead to better anti-terror fight.
“It’s a fantastic coup,” said Richard Barrett, former global terrorism operations director at MI6.
“And it will be an absolute goldmine of information of enormous significance and interest to very many people, particularly the security and intelligence services.”