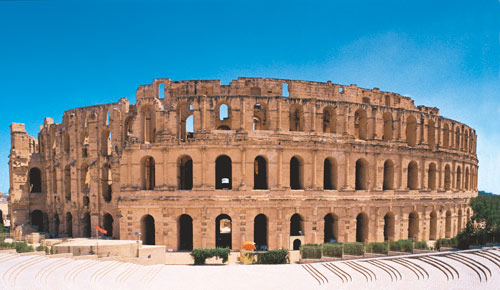 Tunisia struggles to reinvigorate its tourism 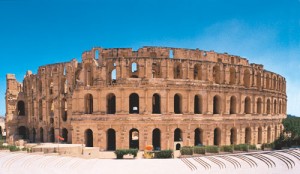 The tourism sector in Tunisia which was unstable since the Yasmine revolution has recorded a good performance during the first nine months of 2012 and according to the latest figures released by the Ministry of Tourism, some 4.4 million tourists visited the country from January 1 to September 20, posting a 32 percent increase compared to the same period in 2011.
However, when compared with 2010 data, tourist arrivals fell by 15 percent. Tourism revenues recorded a 38 percent increase compared to 2011 and a 12 percent decrease compared to 2010.
Tunisian officials insist that the Tunisia destination is still popular with the European market, as 1.97 million European tourists visited the country in 2012 compared to 1.30 million during the same period in 2011. The figure has not however reached the 2010 numbers which stood at 2.49 million.
The Ministry of Tourism also reported that the movement of tourists from the Maghreb and North America is on the rise, reaching over the past 8 months, 1.62 million Maghreban tourists (against 1.23 in 2011) and 19,779 US tourists (against 13,507 in 2011).
Tourism professionals are not as optimistic as the ministry seems to be and claim that the season has started badly because of Salafists-perpetrated violence that seriously affected Tunisia’s image.
According to these professionals, who seem very cautious about the future prospects of the coming season, several bookings were cancelled, mainly by French travel agents.
They impute the cancellations to the fears triggered by several French media reports on the rise of Salafi jihadism in Tunisia. This could have a very negative impact on the attractiveness of the Tunisian destination among the French in particular and the Europeans in general, they complain.
“The French are our first customers. They reached more than one million visitors before the revolution. I hope that the market will not be affected by the negative campaign in the French media about the situation in our country,” chairman of the Tunisian Federation of Hotel trade, Mohamed Belajouza, told a local radio.
Belajouza said the Tourism Minister himself had said, hinting to the recent wave of violence in the country imputed to Salafist groups, that if violence continues, the year will be catastrophic for Tunisian tourism.
Tourism professionals also complain that Tunisian authorities do nothing to try to mitigate the effects of the media campaign about the Salafist threat in Tunisia. Authorities did not conduct any lobbying or promotional campaigns nor did they send senior officials to France and other European countries to defuse potential tourists’ fears, they say.
Innkeepers are earmarking 1 percent of their returns to fund campaigns conducted abroad by the Tunisian Tourism Office, says Belajouza, who added that professionals feel they are being ignored by the administration which did not convene a meeting to discuss the situation nor set up a crisis cell.
A bright spot in these gloomy times for Tunisian tourism came from some carriers such as German airliner Lufthansa and British Thomson Holidays.
Lufthansa announced it launched, starting Sunday, October 28, daily flights from Tunisia to Europe, giving an aspect of practice and comfort to travelers to Europe.
In addition, Lufthansa is providing for passengers departing from Tunis via Frankfurt to Washington DC, New Delhi or Bangalore, the comfort of the new Business Class section on board the new Boeing 747-8 International called “King of Heaven”
Thomson Holidays on its part announced a new summer 2013 weekly flight from Norwich to Tunisia after it added the Tunisia destination to its travel portfolio. The flight will be operated on Thursdays from May 23 to September 19, it added.
Meanwhile, the Ministry of Tourism announced it would soon set up a unit that will be entrusted with supervising the implementation of programs meant to promote the sector, as Tunisia aims to attract one million additional tourists each year to reach 6.8 million tourists in 2013 and 10 million in 2016.
Observers note however that regardless of the efforts made by the state and the professionals, the recovery of the tourism sector depends first and foremost on the improvement of the security situation in the country.