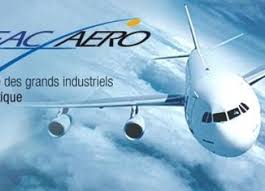 The European Bank for Reconstruction and Development has lent French aerospace manufacturer Figeac Aéro SA €38 million to finance its production expansion in Morocco and Tunisia.

The EBRD loan will support the transfer of skills and advanced technology and an improvement in local quality standards towards international levels.

The creation of new jobs in countries with high levels of unemployment will also make a positive contribution to the economies of Morocco and Tunisia.

The investment will specifically address the issue of youth unemployment by offering young technicians and engineering students the opportunity to acquire skills and experience at the production sites in both countries.

Janet Heckman, EBRD Managing Director for the SEMED region, said: “We are extremely pleased to support the expansion in Morocco and Tunisia of Figeac Aéro, a group that under the leadership of its founder has shown a strong focus on growth and industrial excellence”.

According to Janet heckman, “these substantial industrial investments will have a positive impact on the local economies, and create opportunities for local small and medium-sized enterprises. These industrial clusters often form advanced and dynamic sites where new skills are put into practice that are crucial for competitiveness, integration and job creation.”

Jean-Claude Maillard, Figeac’s founder and CEO, on his part expressed satisfaction to see that the EBRD has confidence in Figeac development program.

He also said the European bank funding “not only strengthens our growth strategy, combining industrial excellence, customer proximity and competitiveness, it also enables us to diversify our funding sources. It is fully in line with our desire to accelerate the deployment of our production capacities to meet the needs of our main customers.”

Technical cooperation support is being provided through the European Union Trade and Competitiveness Program to boost the development of value chains in Morocco and Tunisia.

The program will enable Figeac Aéro’s local SME suppliers to receive tailored technical assistance, with the aim of improving their competitiveness.

The EBRD launched its operations in the southern and eastern Mediterranean (SEMED) region in 2012, and to date the Bank has committed over €6.5 billion across 169 projects in most economic sectors.

Figeac Aéro is a leading supplier of aero-structures and high-precision metal parts to the major aircraft manufacturers and their suppliers. The French company is majority-owned by its founder, Jean-Claude Maillard, and listed on the Euronext stock exchange in Paris.
In addition to industrial sites in France, Mexico and the United States of America, the company also produces in Morocco and Tunisia, two countries of the SEMED region that have strong aerospace clusters and are looking to strengthen their integration into global industrial value chains.