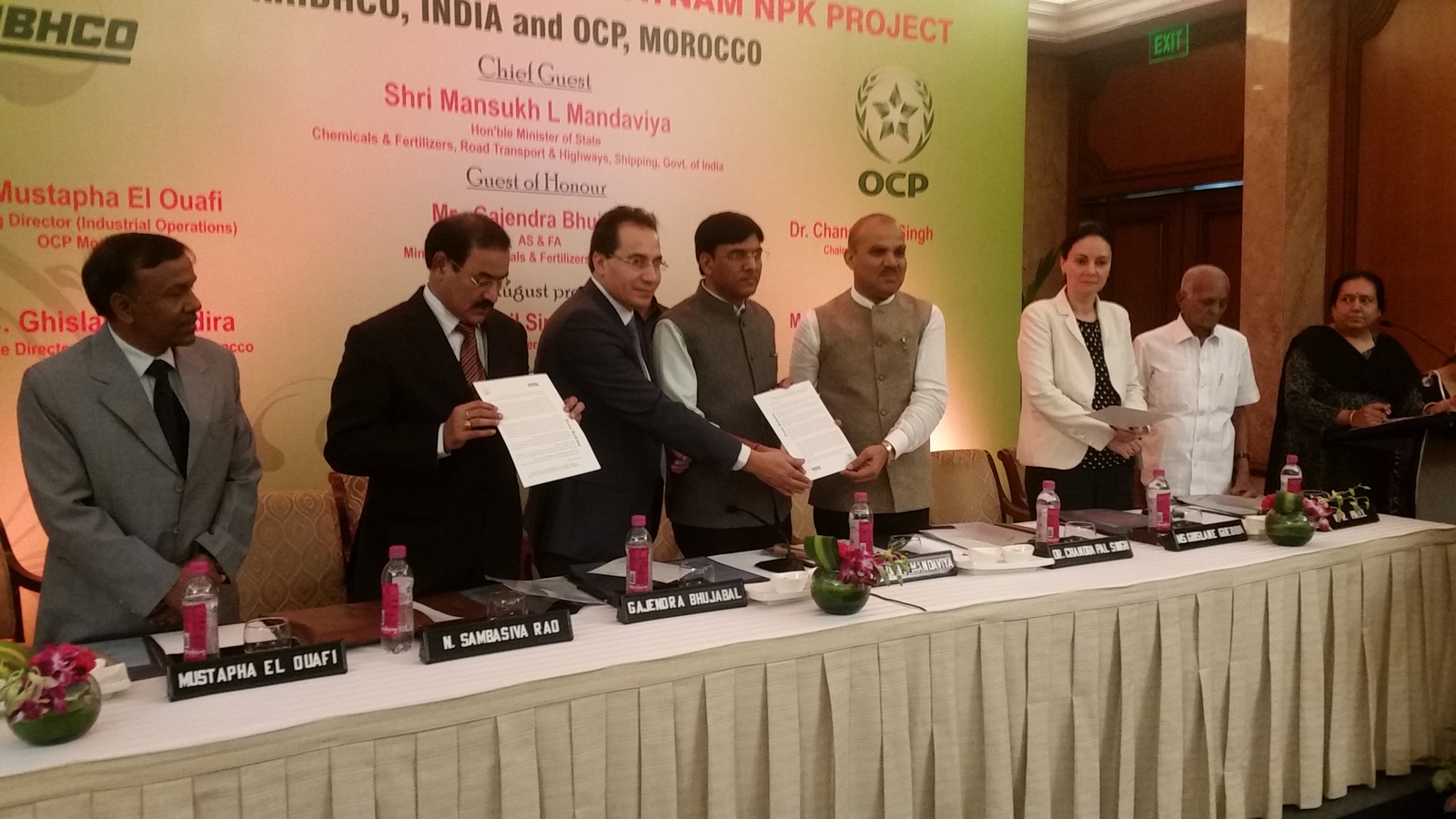 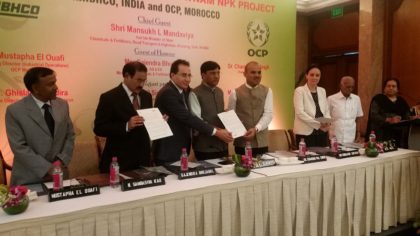 The project will require an investment of around $230M evenly provided by the two companies. The plant will be located in Krishnapatnam, Andhra Pradesh State.

It will have an output capacity of 1.2 million tons of greenfield NPK fertilizer.

“Farmers of the country shall benefit with continued supply of various NPK grade products based on best quality phosphate in the world,” said Kribhco Chairman, Dr. Chandra Pal Singh.

The agreement according to officials of both companies falls in the spirit of Indian Prime Minister’s call for “Make in India” campaign highlighting trade and cooperation between the two countries.

Fertilizer is one of 25 core sectors identified as domains of investment by the Indian government.

OCP and Kribhco also hope to expand the project towards “development of logistical infrastructure in the region”.

The OCP-Kribhco venture will yield additional cooperation between the two companies. Kribhco is also envisaging investing in construction of a phosphoric acid plant in Morocco.

Expansion of trade and economic ties between the two countries has been underlined by leaders of both nations. King Mohammed VI, attending last year the India-Africa Forum in New Delhi, had called for upgrading Moroccan-Indian commercial and trade cooperation and for spurring South-South cooperation at large.

Indian Vice-Prime Minister Mohammad Hamid Ansari, on his part, called during a visit to Morocco last May, for a strategic partnership between the two countries.

North Africa Post's news desk is composed of journalists and editors, who are constantly working to provide new and accurate stories to NAP readers.
NEWER POSTPrincess Lalla Salma Receives Prize in Portugal in Recognition for her Efforts against Cancer
OLDER POSTAlgeria: Ruling Party’s Secretary Steps Down