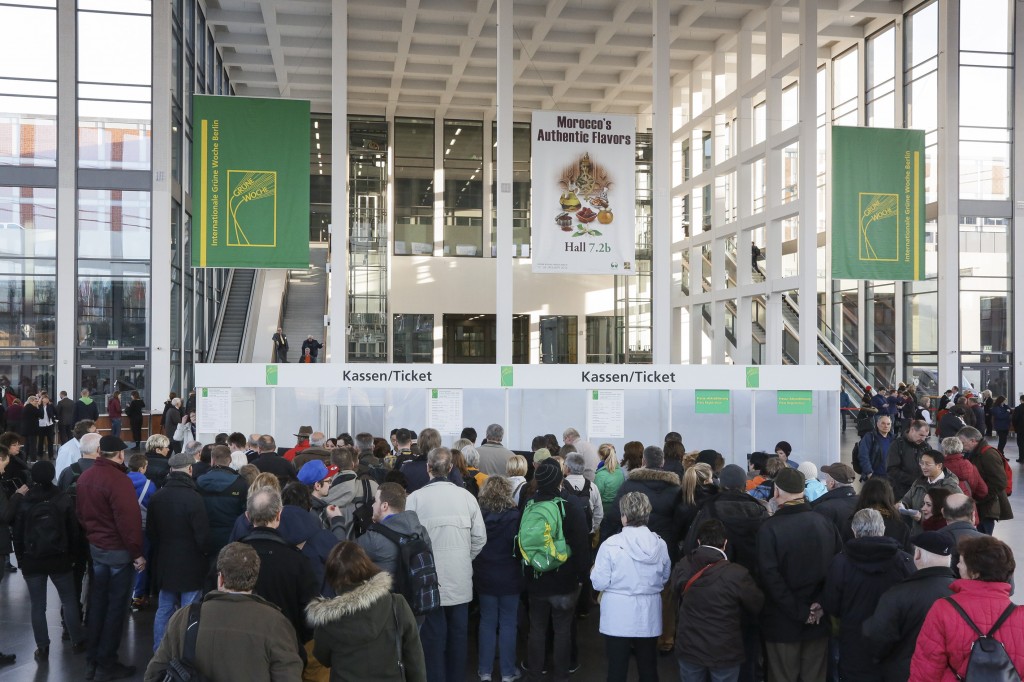 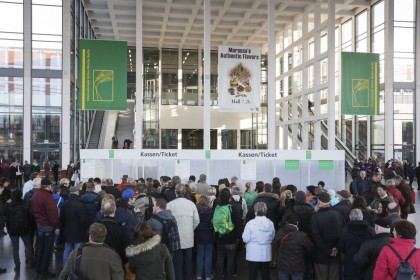 Morocco is participating in the 81st International Green Week held in Berlin January 15 through 24 as the first African Partner Country of the event.

The Moroccan pavilion displays a variety of farming products and processed foods and features a rich program of activities meant to make visitors discover the North African country and its agriculture potential.

German’s Federal Minister of Food and Agriculture, Christian Schmidt, praised as “excellent” cooperation between his country and Morocco in the realm of agriculture and said that ”it’s the first time in 90 years of existence of Berlin’s International Green Week that a non-European country is designated as a partner of the event.’

The king recalled in this respect that the Green Morocco Plan (GMP) launched by his country in 2008 “is a major project in which the economic, social and environmental dimensions of sustainable agricultural development are duly taken into account,” affirming that “Morocco is starting to reap the fruit of this Plan” and that “as a result, the country’s agricultural GDP increased by 44% between 2008 and 2014.”

In the message that was read out by his eldest sister Princess Lalla Meriem, King Mohammed VI explained that the GMP evolves around three major dimensions, namely “solidarity-based agriculture” to promote integrated projects and the establishment of fair trade outlets for the benefit of small producers, “water resource management” to optimize the use of water resources for farming purposes through the national program for irrigation water saving and the expansion program for dam-based irrigation, and “plantations,” which concern the conversion of one million hectares into orchards and olive groves.

“Today, the area planted with olive trees alone covers more than one million hectares, and nearly 3 million date palms will be planted by 2020. These projects enjoy the support and confidence of international funding partners and sponsors, including the Global Environment Facility (GEF),” the King said.

“All in all, Moroccan economy is rooted in solid fundamentals and has been enjoying sustained growth. Morocco’s economy and trade are open to the world,” King Mohammed VI pointed out, before recalling the number of free trade agreements binding his country to several partners and which offer, he said, “access to a potential market of over one billion consumers.”

The Moroccan business environment is constantly revamped, and Morocco moved up 36 places in the World Bank’s “Doing Business” index between 2012 and 2015, he went on saying.

He also dwelt on Morocco’s special relations with its neighboring sub-Saharans nations, especially in West Africa, underlining that Morocco can serve as a gateway for economic operators wishing to make the most of the engine of African economic growth.