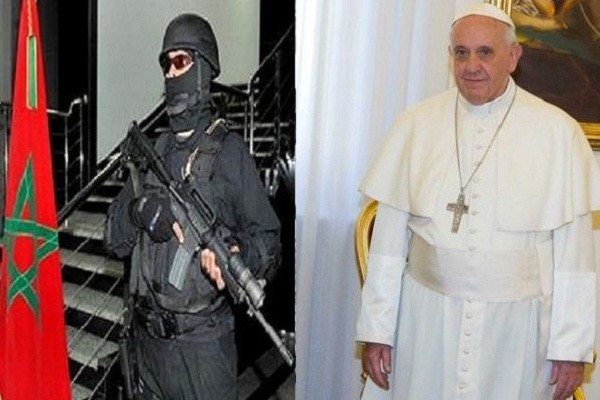 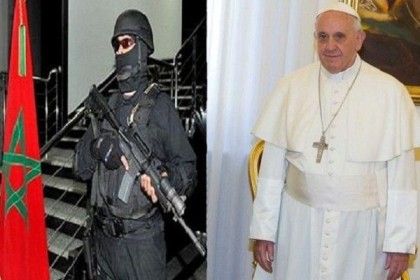 Moroccan intelligence services helped secure a safe trip to Africa for Pope Francis, reports say.
Moroccan intelligence services in conjunction with French intelligence service helped to secure a safe tour for Pope Francis to Africa.
According to French media Le Mag quoting local media Pope Francis’s two-day stay to Central African Republic (CAR) torn by civil and religious conflicts was made possible thanks to Moroccan intelligence services and the French counterpart.
During the stay the Pope visited a volatile Muslim neighbourhood where he preached peace.
Reports say he made the visit despite threats sent by al-Qaeda in Maghreb and Boko Harm.
In his message, Pope Francis denounced recent scourge of violence between two communities which had lived together for many decades.
“Christians and Muslims and members of traditional religions have lived peacefully for many years. Together, we say no to hatred, to vengeance and to violence” he was quoted as saying.
“How many wars, and not only wars of religion, have we Christians waged? The Muslims were not responsible for the sack of Rome!”
“[Muslims] have values, and these values are constructive … One can dialogue with them,” he added.
Morocco came under limelight after its intelligence service helped the raid against the ringleader of Paris attacks. Morocco provided French intelligence services with a tip-off on the hideout of ringleader who was said to be in Syria.
The Moroccan tip-off helped killed him in a rundown at Saint Denis where the group was also preparing further attacks on the French soil.
Last week, reports pointed out that Morocco’s intelligence services also helped thwart terrorist attacks in Spain and led to the arrest of three IS members among whom a woman.
Belgium also requested Morocco’s assistance in order to weed out IS ramifications in the kingdom and across Europe.