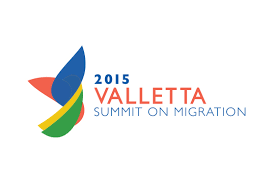 The European Union launched a fund for Africa on Thursday with an initial $2 billion to tackle the spiralling number of migrants flooding its shores.

The trust fund was unveiled at the Valletta summit on migration that brought together European and African Heads of State and Government in an effort to strengthen cooperation and address the current challenges but also the opportunities of migration.

The largest part of the fund capital, $1.93 billion, will provided by the European Commission, the EU executive, from the bloc’s central budget.

The fund will support projects to combat poverty, slow down migration and speed up repatriation programs. It will also help African countries cope with environmental disasters such as droughts and problems of corruption.

This new money is in addition to the €20 billion annually donated to Africa by the EU and its 28 states.

The president of Niger Mahamadou Issoufou, whose country, like other countries in the Sahel, faces serious migration and drought problems, complained that the trust fund is not enough. “€1.8 billion is far from enough,” he said.

According to him, what Africa really needs is not this type of charities. “the continent and her people need development-oriented leaders, good governance, sound and prosperous economic plans, lucrative investments in the productive sectors and creating manufacturing firms that will produce goods for local consumption and export, thereby creating massive job opportunities for the people, especially the youths” he said.

The Valetta summit, which built on existing cooperation processes between Europe and Africa, particularly the Rabat and Khartoum processes on migration, and the EU-Africa Dialogue on Migration and Mobility, recognised that migration is a shared responsibility of countries of origin, transit and destination, and stressed the need for both sides to work in a spirit of partnership to find common solutions to challenges of mutual interest.

The participants in the summit also decided to work more closely to improve cooperation on return, readmission and reintegration.

Over the last few months the EU has been confronted with unprecedented number of migrants and refugees arriving in Europe. They are moving for different reasons; they are fleeing conflict, political and economic instability, human rights violations and poverty.

North Africa Post's news desk is composed of journalists and editors, who are constantly working to provide new and accurate stories to NAP readers.
NEWER POSTFirst Islamic Bank in Morocco Expected Next Year
OLDER POSTLebanon: At least 41 dead in IS Beirut attack