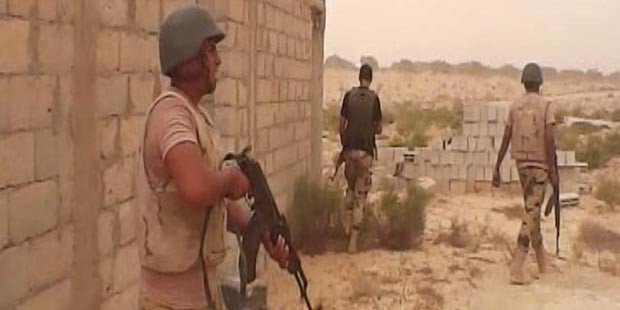 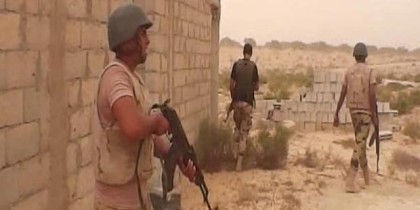 Egyptian army Monday announced that it killed 5 Jihadists and arrested several others on the 14th day of its “Martyrs’ Right” against IS-linked groups in North Sinai.

The army said on its official facebook page it killed 5 militants and captures 15 others in the operation meant to free the North Sinai cities of militant presence.

A military statement indicated that six vehicles and 18 motorbikes were seized or destroyed in the operation that enabled to discover huge arms caches, food stocks and petroleum provisions.

Meanwhile, the Egyptian interior ministry indicated that a senior Egyptian police officer has been shot dead by IS gunmen early Sunday. He is the second high ranking officer to be killed in less than a week.

Clashes between Jihadists and Egyptian army and security forces have rocketed after former Egyptian President Mohamed Morsi was toppled in an army-backed uprising in 2013. Jihadists promised to avenge their candidates.

The army said it has killed more than 300 militants since it launched the “Martyrs’ Right” operation.