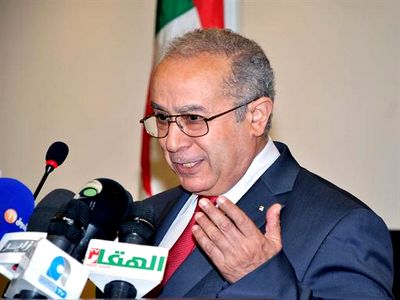 A UN diplomat who asked not be named because not allowed to speak on the matter told AFP that during Wednesday UN closed session on Libya, the head of the global body, Antonio Guterres has begun looking for another candidate.

Another source told the French news agency that the US has opposed the choice of Lamamra at pressures from Egypt and the United Arab Emirates (UAE). Egypt and the UAE, which both back rebel Gen. Khalifa Haftar, claim that the Algerian diplomat is close to the UN-backed Government of National Accord (GNA) resisting the east-based rebel leader.

Another diplomatic source instead argued that Washington has stood on the way of Lamamra’s appointment because he is believed to be loyal to Moscow, which supports Haftar.

Russian mercenaries are currently fighting for the former Muammar Gaddafi’s close aid in his over one-year old military offensive to ouster the GNA from Tripoli.

Ghassan Salame who served as Head of the UN Support Mission in Libya from 2017 to 2020 gave up on the job citing health issues. The UN Chief appointed for interim Salame’s deputy … awaiting the appointment of a new Special Envoy.