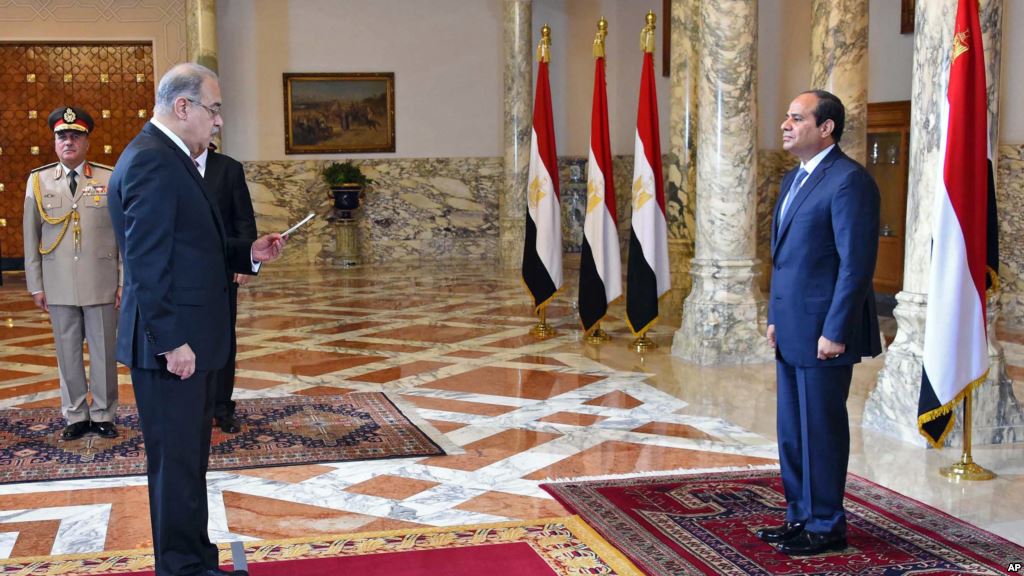 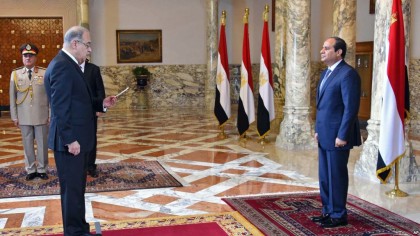 A new Egyptian government led by Prime Minister Sherif Ismail, the petroleum minister in the former government, was sworn in on Saturday. The new cabinet features almost half of the ministers that were in Mahlab’s government.

The government is expected to be short-lived because a new government would be announced before the end of the year, after the upcoming legislative elections.

Analysts have described Ismail’s government as a caretaker government and explained that 17 ministers of the outgoing cabinet were maintained because the persons approached to take up ministerial posts were unwilling to occupy such positions for three months.

In the 33-member cabinet, 16 new ministers have held ministerial positions in previous governments and the portfolios of defense, interior, foreign affairs, justice, finance and investment were handed to the outgoing ministers as were the economy-related ministries such as planning and supplies.

Outgoing Prime Minister Mahlab was appointed presidential adviser for national and strategic projects. A presidential statement praised Mahlab’s efforts on a number of big national projects in the last two years” and hailed his government’s steadfastness during “hard and critical times.”

The new government will have to take up a lot of challenges especially regarding the fight against terrorism and the reviving of national economy.