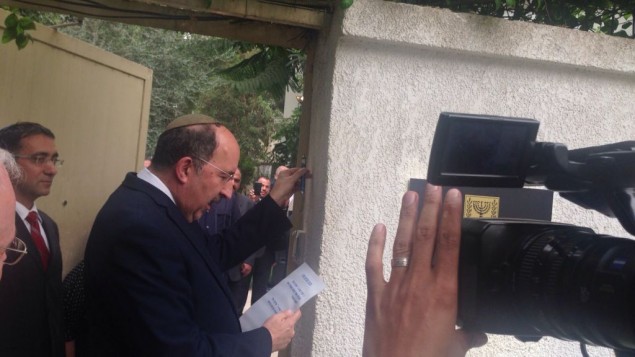 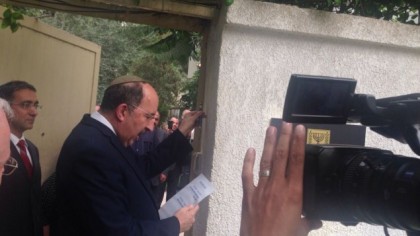 Israel Wednesday officially re-opened its mission in Cairo four years after the building was stormed by protesters in September 2011, forcing the ambassador to operate from an unofficial location.

The re-opening ceremony was attended by director-general of the Israeli Foreign Ministry Dore Gold, the Israeli and US ambassadors to Cairo and other diplomats.

Gold said Israel and Egypt are working together to achieve stability in the region.

The Israeli embassy in Cairo city center was overrun in September 2011 by Egyptian protestors angered by the killing of six Egyptian border guards by Israel. Then Ambassador Yitzhak Levanon and other staff were airlifted.

Ties between Israeli and Egypt have been warm since the 1979 peace accord but they deteriorated in 2012 after the ousted President Morsi recalled the Egyptian Ambassador to Tel Aviv to protest Israel’s raid in Gaza.

Ties have normalized again after the coming to power of al-Sissi. Hazem Khairat has been appointed earlier this year as Egypt’s new Ambassador Israel, while the Israeli Ambassador Haim Koren had presented his credentials to President al-Sisi last year in September.

While in Cairo, Dore Gold is expected to hold high-key meetings with Egyptian officials.