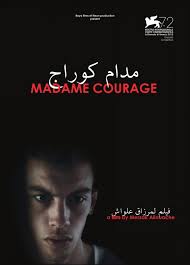 Algeria: if nothing changes, society will implode, movie-maker

Algerian Merzak Allouache who directed “Madame Courage” film, has warned “if nothing changes, Algerian society will increasingly come under threat from the scourge of radical Islam while corruption has plagued the country for decades”.

“Algerian society is blocked”, he added in a statement to media, affirming that “there is a risk today because the country share boundaries with Egypt, Tunisia and Mali”.

His movie “Madame Courage”, made out of frustration, was funded by Sanad, twofour54’s development and post-production fund, which helped it to be shown at Venice Film Festival 2015.

Allouache, a 70-year old film director and screenwriter, said he took people and characters that he thought would show what it’s like to live in Algerian society. “I believe that for Algerian youth, Algerian society is sick. And that’s a big problem because in Algeria, young people make up the biggest section of society – and for them there are a lot of problems”, he warned.

“We can see these problems in Madame Courage”, he added. The movie tells the story of Omar, an unstable and lonely teenager, who lives in a slum in the suburbs of Mostaganem, Algeria.

He is addicted to a famous psychotropic, nicknamed “Madame Courage,” very popular among young Algerians, for their euphoric effect of invincibility.

Omar is a petty thief who steals necklaces and handbags. He lives with his mother and sister, a prostitute. One morning, he goes downtown to commit his usual crimes. His first prey is a young girl called Selma, walking with her friends, wearing a gold necklace. As he commits his larceny, their eyes meet.
“I don’t want to make a film about the middle class”, said the producer, stressing that “the lower people class are more numerous in society and also it’s the group having most of the youth. In the film, I want to show the people who have nothing”, said Mr.Allouache.

He studied filmmaking in Algiers at the Institut National du Cinéma and IDHEC in Paris, directing his first feature Omar Gatlato in 1976. He lived in France from 1983 until 1988, then returned to Algeria where he directed Bab El Oued City in 1993.

Since then, he has directed films in France and Algeria. Normal! (2011) won the prize for Best Arab Narrative Feature at the Doha Tribeca Film Festival. The Repentant (2012) was screened during the Directors’ Fortnight at Cannes. The Rooftops (2013) was an official selection at the Venice Film Festival and played at the Abu Dhabi Film Festival.